The billboard asks, Air Force cadets, “Are you free to say so help me God? They did” against a background of the four presidents carved on Mount Rushmore. 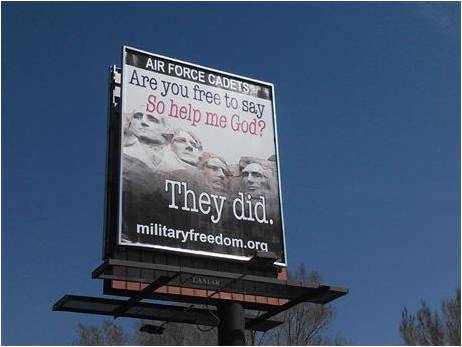 The sign’s message relates to the removal of the phrase "so help me God" from the official cadet handbook as well as the recent removal of a Bible verse from a cadet’s personal whiteboard.

Concerning the recent affronts to religious freedom, Lt. Gen. (Ret.) Jerry Boykin, Executive Vice President of the Family Research Council (FRC), stated: "Christian cadets at the Air Force Academy have the constitutional right to express their individual faith. If such faith scares faculty at the Academy, then it is unlikely they will be very effective when confronted by a committed enemy who is willing to die for his or her beliefs.”

Richard Thompson, President and Chief Counsel of The Thomas More Law Center added, “We’ve all heard the adage, ‘There are no atheists in foxholes.’  That’s because the history of our nation evidences the fact that in the end victory depends on the spirit of our soldiers, not on the sophistication of our war machines.  As General George S. Patton, one of America’s greatest battlefield generals once declared, ‘Wars might be fought with weapons, but they are won by men.  It is the spirit of the men who leads that gains the victory.’” 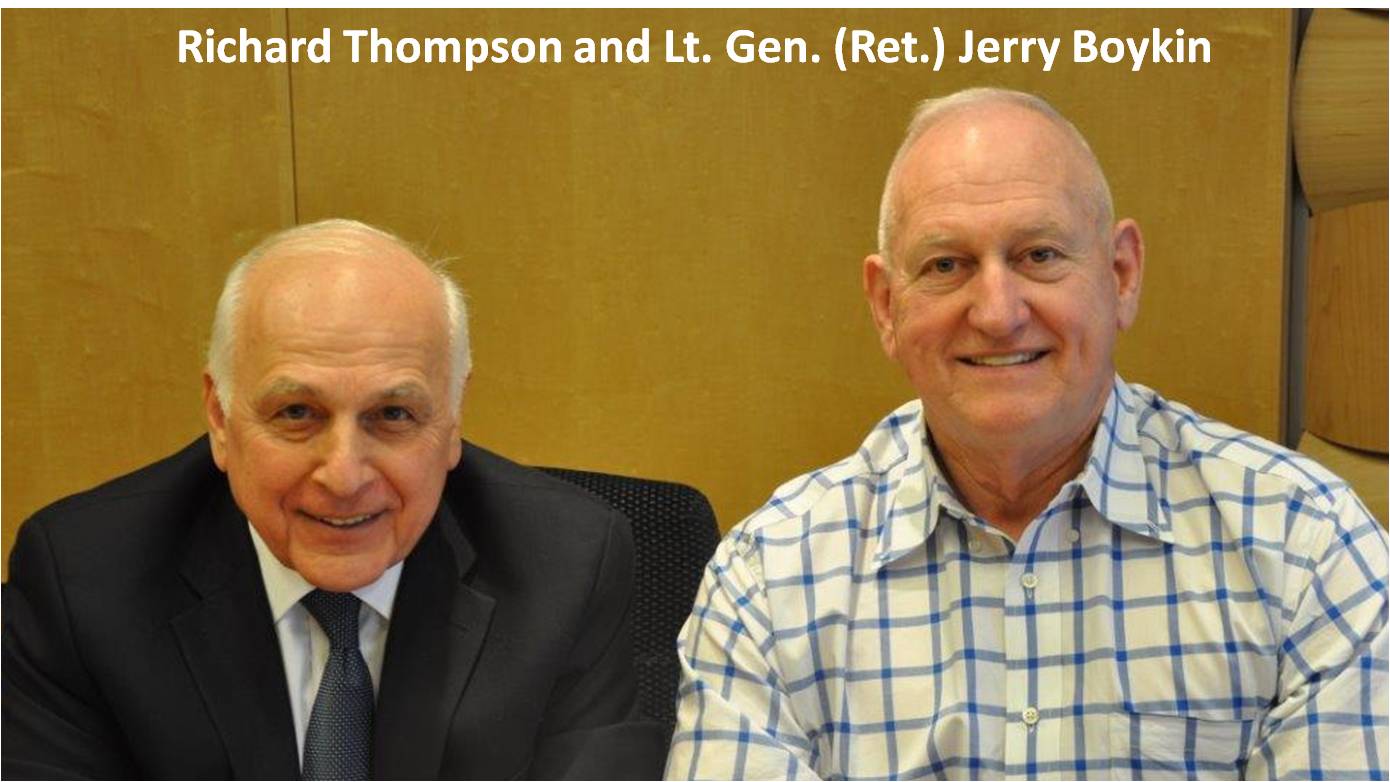 Unfortunately, the anti-Christian hostilities at the Air Force Academy are part of what Rev. Franklin Graham called a move “to completely secularize our military.” The Family Research Council listed a series of affronts to Christian Religious Freedom in the Military in their report “A Clear and Present Danger.”

(Note: An earlier version of this news story incorrectly ascribed the report A Clear and Present Danger to the Restoring Military Religious Freedom Coalition.)