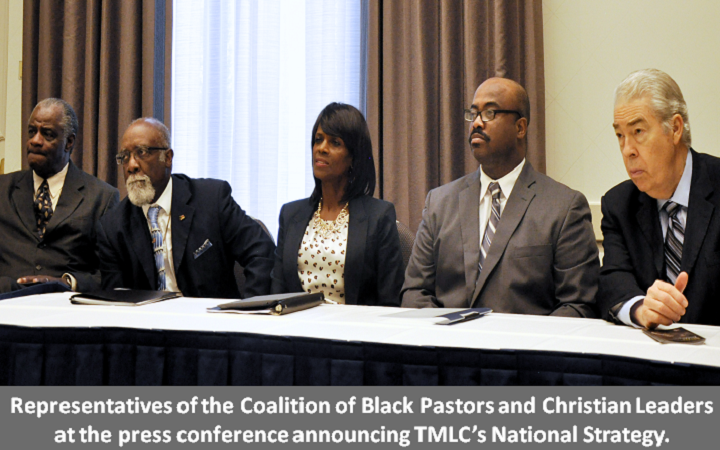 Louisiana’s marriage law affirms the definition of marriage as the union only between one man and one woman and was passed by 78% of the state’s voters. The Louisiana lawsuit filed by homosexual activists sought to use judicial power to overturn the will of the people.  However, Louisiana Federal District Court Judge Martin C. Feldman ruled that Louisiana was under no constitutional obligation to recognize so-called “same-sex marriage,” and that its state law was “anchored to the democratic process.”

The plaintiffs appealed his ruling to the Fifth Circuit.  In support of Judge Feldman’s decision, TMLC’s brief stated:

If “marriage” means whatever a political activist, a cherry-picked plaintiff, or an appointed judge wants it to mean, it means nothing. If it has no fixed meaning, it is merely a vessel for a judge’s will. It is used as a subterfuge for judicial legislation. And as Montesquieu observed: “There is no greater tyranny than that which is perpetrated under the shield of law and in the name of justice.”

As a part of its national strategy to defend traditional marriage, TMLC formed a team of lawyers to file friend of the court briefs (amicus briefs) on behalf of the National Coalition of Black Pastors and Christian leaders.  The team consists of TMLC’s senior trial counsel, Erin Mersino, and Co-counsels William R. Wagner and John S. Kane of Lansing, Michigan. The team is tasked with filing briefs in significant cases dealing with the issue of traditional marriage.

The Law Center’s briefs reflect the view of a majority of African-Americans: that discrimination because of one’s sexual preference is not the same thing as racial discrimination and that tradition and morality should not be discarded as a basis of the law; as the pro-homosexual judges have done in their opinions.

TMLC’s brief is the fourth brief filed on behalf of the National Coalition of Black Pastors and Christian Leaders. It presents the unique perspective of African American religious leaders that discrimination because of one’s sexual preference is not the same thing as racial discrimination.

“Same-sex attracted individuals have never lawfully been forced to attend different schools, walk on separate public sidewalks, sit at the back of the bus, drink out of separate drinking fountains, denied their right to assemble, or denied their voting rights.  The legal history of these disparate classifications, i.e., immutable racial discrimination and same-sex attraction, is incongruent. Yet, courts continue to mistakenly draw upon this incongruence as the basis for what they now deem “marriage equality.”

TMLC’s brief also countered same sex marriage arguments based on the 1967 case of Loving v. Virginia in which the US Supreme Court overturned Virginia’s laws prohibiting interracial marriages.  The Supreme Court, in Loving v. Virginia, solely analyzed a state law that wrongfully condoned racial discrimination in the context of traditional marriage.  The case did not address redefining marriage beyond the scope of the union between one man and one woman.

As a member of the Coalition, Bishop Samuel Smith of the Apostolic World Christian Fellowship consisting of 25, 000 churches worldwide representing over 5 million laity, avows: “Marriage was defined by God.  Not by government. Government has no right to redefine marriage and destroy the meaning of family.”

SOME EXCERPTS FROM TMLC’S BRIEF (“Appellants” refers to Plaintiffs)

“The “marriage equality” slogan is self-defeating, because it is a standard-less standard that renders “marriage” equally meaningless for all. See id. at 269-75 (discussing that the logic of Plaintiffs’ position demands “equal marriage rights” for bigamists, polygamists, same-sex siblings, and virtually any other arrangement individuals might want to create).”

“If “marriage” means fulfilling one’s personal choices regarding intimacy, as the Appellants insist, it is difficult to see how States could regulate marriage on any basis. If personal autonomy is the essence of marriage, then not only gender, but also number, familial relationship, and even species are insupportable limits on that principle and they all will fall. This is not just a slippery slope on which the Appellants wish to set us, it is a bottomless pit into which they desire to throw us.”

“The Appellants wish to replace the morality of the Judeo-Christian tradition on which our country was founded with the trendy, relativist morality of political correctness.”

“As our tradition recognizes, some truths are self-evident. Among them are that men and women are different. In fact, it is clear from our very existence that men are made for women, and women for men. None of us would be here but for that truth. Another self-evident truth is that it is best for children to be raised by their parents whenever possible. There have been many theories to the contrary throughout history, but they have all proven vacuous at best. Public policy that recognizes and acts on these truths is not unfairly discriminatory. In fact, the only way to have sound public policy is to build on such truths.”

“Louisiana’s legislature and voters, with an overwhelming majority, affirmed a truth upon which our nation was founded and has flourished for over two hundred years: that the natural family is the optimal environment in which children should be raised. Human history, scientific observations of human biology, and our own experience, common sense and reason tell us that children come exclusively from opposite sex unions, and children benefit from being raised by their biological parents whenever possible.”

“Marriage should be reinforced, not redefined. This Court should uphold the District Court’s just ruling and reject the Appellants’ unconstitutional arguments, which undermine the family as the fundamental building block of our society by destroying the meaning of marriage.”