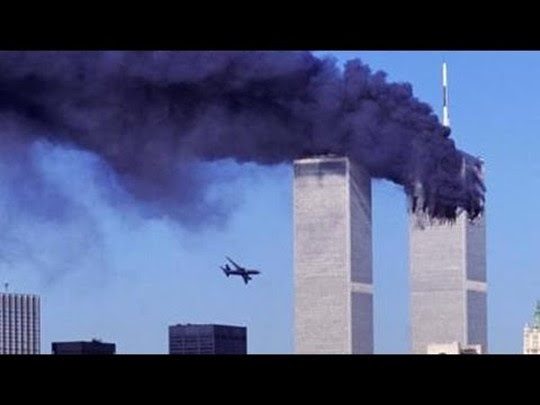 CLICK ON PICTURE ABOVE FOR A SHORT 45 SECOND VIDEO

After 9/11 America responded with military might and the cry, “We Will Never Forget.” Today is the twentieth anniversary of the September 11, 2001, Muslim terrorist attacks on the New York World Trade Center Towers, the Pentagon and Flight 93, which resulted in the death of almost 3,000 innocent Americans. We also remember the first responders who so selflessly and without hesitation, answered the call to rescue those who were trapped, many of whom lost their own lives in the collapsing towers.

So, as the American People remember the 20th anniversary of 9/11, incompetent and cowardly anti-American Washington Politicians continue to insult the memory of 9/11. These politicians have learned nothing from 9/11 nor history.

For 20 years the evil of political Islam has increased its sway within our borders. It has infiltrated every aspect of our society, including our schools and universities, both political parties, Hollywood, mainstream media, cultural elite, and major corporations.

20 years later… World leaders have unashamedly proclaimed the big lie that Islam is a “religion of peace,” including former Presidents Obama, Bush and Clinton.

20 years later… Jihadists are within America’s borders training members how to carry out terrorist attacks.

20 years later… American public schools have become less about education and more about ideological indoctrination, including Islamic Sharia Law teaching our children to recite the Shahada, the Islamic conversion creed: “There is no god except Allah and Prophet Muhammad is his messenger.” Parents who speak out about this Islamic indoctrination are condemned by school officials and their own communities.

20 years later… students are not being taught the truth about the 9/11 attack and the role of Islamic jihadists perpetrating the attack.

20 years later… victims of the 9/11 attack are still dying from the poisonous dust from Ground Zero.

20 years later… The Muslim Brotherhood, which vows to destroy America from within, continues to grow in influence and operate within our borders.

20 years later… CAIR (Council on American-Islamic Relations), which vows to make the Koran the highest authority in America and was listed as an unindicted co-conspirator in a terrorism trial, still exists and is embraced in leftist political circles and corporate media.

20 years later… Islamists are still persecuting and slaughtering thousands of innocent Christians throughout the world.

20 years later… the Taliban has greater territorial control of Afghanistan than it did in 2001. They are also better armed, with billions of dollars in U.S military equipment and weaponry that President Biden had our soldiers leave behind during his disastrous evacuation.

20 years later… the Taliban has American hostages it did not have in 2001. Hostages President Biden abandoned. Hostages the Taliban will use to barter for more money and weapons to use to commit terrorist attacks.

20 years later… our Armed Forces just finished fighting in Afghanistan, the longest war in America’s history, and many Americans are still trapped there.

20 years later… Russia, China and Iran are preparing to recognize the Taliban’s rule over Afghanistan.

20 years later… Turkey hates our guts, formed an alliance with Russia and Iran, and seeks to re-institute the Ottoman Empire.

20 years later… we continue to resettle anti-America Islamist refugees at taxpayer expense who do not want to assimilate into our country.

20 years later… the Biden administration is allowing young girls suspected of being child-brides to remain with adult Afghan male arrivals.

In July 2021, the US military left Bagram Airfield – its key base in Afghanistan – after nearly 20 years. At its height, Bagram base was home to tens of thousands of US troops. 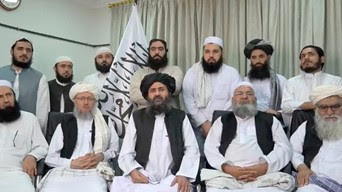 Four out of the five ex-Guantanamo Bay inmates in exchange for Army deserter Bowe Bergdahl are named as top leaders in Afghanistan’s new Taliban government. It also included a wanted terrorist and many of the same faces from its pre-9/11 regime.

Now China is looking to make a move for Bagram and trying to use Pakistan to get stronger to go against India. America’s enemies, including Russia, are looking at how they can capitalize on Biden’s blunder and his continued demonstrations of weak leadership; our former allies are moving against what used to be the world’s superpower, the USA.

Despite the fact we have no effective way of vetting “Muslim refugees”, we are allowing thousands of Muslims to enter who have no intent on assimilating, along with those who want to destroy us. The Taliban, al Qaeda and ISIS are continuing to use this “refugee” chain to build their Jihadist network in Western countries.

It’s about taking to heart the lesson we should have learned that day in 2001—Islam’s goal is to destroy America, what they call the “big Satan”, along with the values embodied in our Declaration of Independence and the Bill of Rights. Because many Americans have forgotten that lesson, Islam’s plan for civilization jihad is advancing. Islam is defeating us from within, without firing a shot.

“If destruction be our lot, we must ourselves be its author and finisher.
As a nation of freemen, we must live through all time, or die by suicide.”
-Abraham Lincoln, January 27, 1838

Islam has fought a religious war against Christianity for over 1400 years. Yet many “woke” and historically challenged Christians welcome them with open arms as an act of charity. The continued weakening of America’s founding principles and the fortitude of Americans willing to resist its destruction is approaching unless we take to heart the lessons from the greatest attack on U.S. soil twenty years ago.