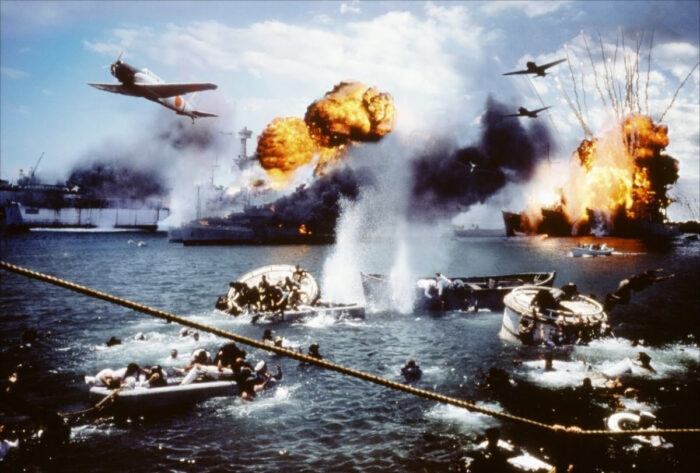 Today, Americans commemorate Pearl Harbor Day, “A date which will live in infamy”. This is a day to remember the 2,403 Americans killed and the many more who were injured in the cowardly Japanese surprise attack on the morning of December 7th, 1941. Many acts of heroism and valor were performed that morning. This attack thrust the United States into World War II. It began one of the most difficult wars for the preservation of PEACE and FREEDOM.

President Roosevelt boldly asserted on the day following the attack, “With confidence in our armed forces, with the unbounding determination of our people, we will gain the inevitable triumph — so help us God.”

Patriotic Americans MUST defend our Freedoms with “unbounding determination” as we have throughout our history.

Remember and honor the gallant men and women who were killed and injured on that infamous day.