ANN ARBOR, MI –The Thomas More Law Center (“TMLC”), a national nonprofit public interest law firm based in Ann Arbor, Michigan, announced today that it is representing Royal Oak City Commissioner, Kim Gibbs. Commissioner Gibbs is the target of the majority-liberal block of the City Commission, in an unconstitutional attempt to punish her because she attended the April 15, 2020, protest against Michigan Governor Whitmer’s executive order locking down the state.  Gibbs is one of only two conservative members of the seven-member commission. 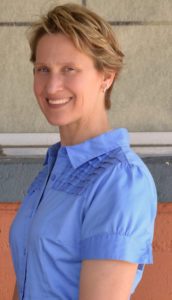 Richard Thompson, TMLC’s President and Chief Counsel, observed, “Neither the Governor nor the Royal Oak City Commission can suspend the United States Constitution. The Supreme Court has held that the First Amendment reflects a profound national commitment to the principle that debate on public issues should be uninhibited, robust, and wide open. It is entitled to special protection.”

Commissioner Gibbs walked on the sidewalk in front of the state capitol building just like hundreds of other private citizens to express her displeasure with the Michigan lockdown. She never identified herself as a Royal Oak Commissioner. She never intentionally violated the social distance rule. She was never charged with a violation of any rule issued by Governor Whitmer or any other law. In fact, Governor Whitmer admitted her executive orders were not meant to prohibit public demonstrations. And the Michigan State Police told the press that they did not issue a single citation for violation of Whitmer’s social distance rule.

Any action to censure or otherwise punish Commissioner Gibbs because of her attendance at the Lansing protest rally would violate procedural and substantive Due Process guaranteed by the Fourteenth Amendment and the right to free speech, assembly and association guaranteed by the First Amendment. Royal Oak City Commission seeks to punish Commissioner Gibbs because they don’t agree with her politics. They are using the Censure Resolution to destroy her reputation and livelihood, and ultimately her political career.

A vote on the Resolution to censure Commissioner Gibbs and to ask her to immediately resign is scheduled for this evening (4/27). The gist of the Censure Resolution is that Commissioner Gibbs willfully traveled 90 miles from her home in Royal Oak to attend a large public rally near the state capitol building and stood or walked on the sidewalk without a facemask.

Continued Thompson, “Governor Whitmer recently publicly acknowledged the right to public demonstrations, but the Royal Oak Commission has not received the message. Gibbs is to be censured for not wearing a facemask while walking on the sidewalk. But there was no requirement to wear a mask at the time of the Lansing rally. The latest Whitmer executive order requires wearing facemasks but only when in an enclosed area.”

“Moreover, the Supreme Court has recognized that sidewalks are places that have been ‘held in trust for the use of the public and, time out of mind, have been used for purposes of assembly, communicating thoughts between citizens, and discussing public questions.’ Kim Gibbs was doing just that,” Thompson said.