On Memorial Day we honor the soldiers who fought and died that we may live free. From the earliest beginnings of our nation to the present time, they gave the last full measure of devotion.

Today, the freedoms which they so heroically defended, are under attack from within. The Judeo-Christian foundations of our nation are crumbling. Discontent and disorder prevail in our cities. Patriotism is replaced with Globalism. Public virtue is gone. Public depravity dominates.

But freedom is never won by politicians, political speeches, community organizers, or court decisions. It is won by the blood and sacrifice of soldiers.

So, on this Memorial Day I encourage you and your family to take a few minutes to prayerfully remember those who made that ultimate sacrifice. Resolve that you will not let their sacrifices be for naught.

You may want to watch the 3 videos (in BLUE) as a means of solemn remembrance.

As is tradition, I close this Memorial Day message with a poem by Marine Chaplain Father Dennis Edward:

It is the Soldier

It is the soldier, not the reporter,

who has given us freedom of the press.

It is the soldier, not the poet,

who has given us freedom of speech.

It is the soldier, not the campus organizer

who has given us the freedom to demonstrate.

It is the soldier, not the lawyer,

who has given us the right to a fair trial.

It is the soldier, who salutes the flag,

and whose coffin is draped by the flag,

who allows the protester to burn the flag. 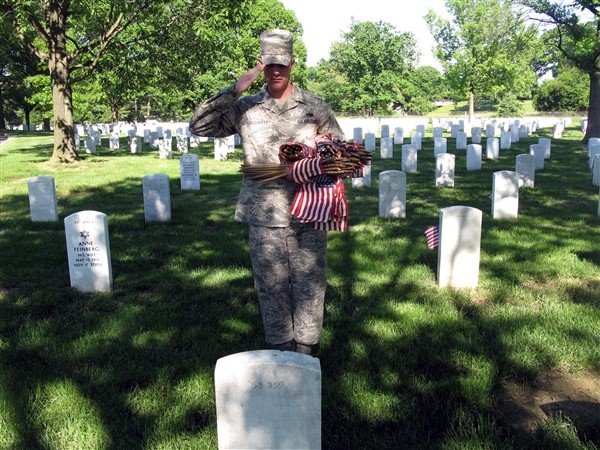 Also, please remember in your prayers our troops deployed in harm’s way today. Pray for their families and loved ones as they endure the hardship and all the uncertainty that comes with deployment.