Click Here for an Interactive Timeline of Events on 9/11

Today marks the 19th anniversary of the horrific September 11, 2001, attack on America and our God-given freedoms we so cherish. Nearly 3,000 Americans were murdered by Islamic terrorists that day. We also remember and honor the bravery of the first responders, many of whom lost their lives trying to save others. Many more are still suffering from their injuries. 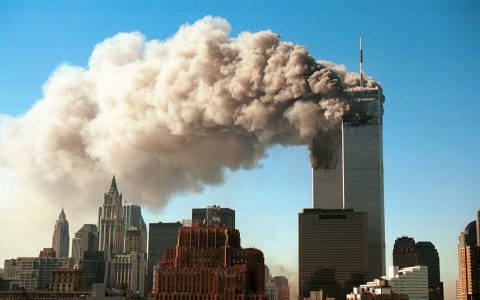 This is also the time to remember the thousands of American soldiers who were killed or wounded and are still suffering in the ensuing wars in the Middle East, Iraq, Afghanistan and places unknown. We honor those who answered our Nation’s call to arms. We also remember the sacrifices made by their families.

Please pray for all our men and women in harm’s way defending our Nation and way of life.

Ever since 9/11, the Thomas More Law Center has been fighting against the internal threat to our country posed by radical Islam. And we will continue to do so.

So, on this 19th anniversary of 9/11, let us rededicate ourselves to the defeat of radical Islam. We owe this much to all who lost their lives that day, as well as in the battles that followed.  We will never forget!