On Monday September 15, 2014, the Thomas More Law Center (TMLC), a public interest law firm based in Ann Arbor, MI, filed a petition in the US Supreme Court to review the Tenth Circuit Court of Appeals decision which upheld the punishment of Tulsa, Oklahoma police captain, Paul Fields after he refused to attend or order personnel under his command to attend proselytizing services at an Islamic Mosque with ties to the Muslim Brotherhood. 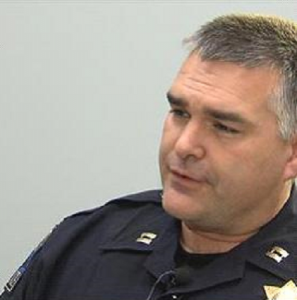 Richard Thompson, the President and Chief Counsel for TMLC, commented, “This case is another startling example of applying a double standard when Christian civil rights are involved.  If this were a Catholic or Protestant prayer event, I am positive no Muslim police officer would have been ordered to attend.  Further, no federal court would have approved the punishment of a Muslim officer had he refused to attend.”

The event at issue, dubbed “Law Enforcement Appreciation Day,” had nothing to do with any official police function.  Rather, it included a mosque tour, meetings with local Muslims and Muslim leadership, observing a weekly prayer service, familiarizing the officers with Islamic religious books, and lectures on Islamic beliefs, Mohammad, Mecca, and how Muslims pray.  The event was scheduled for Friday, March 4, 2011—Friday being the Islamic “holy day.”

The event was originally voluntary, but when not enough officers were willing to attend, it became mandatory.

After the event, the mosque posted pictures of officers who were in attendance on their website with the caption “Discover Islam Classes for Non-Muslims.”

The mosque showed its true colors when a week before the March 4th event, it hosted a dinner and speech by Imam Siraj Wahhaj, an unindicted co-conspirator in the 1993 World Trade Center bombing.  In 1992, Wahhaj told a Muslim audience in New Jersey, “If only Muslims were more clever politically, they could take over the United States and replace its constitutional government with a caliphate.”

In another sermon, Wahhaj said: “In time, this so-called democracy will crumble, and there will be nothing, and the only thing that will remain will be Islam.”

Captain Fields objected to attending the Islamic proselytizing event based upon his Christian beliefs.  As a police officer, Captain Fields was strictly prohibited from discussing his Christian faith while on duty.  Therefore attendance at the event created a conflict and a moral dilemma.  For raising his sincere religious objection, Captain Fields, a 16-year police veteran with a stellar record, was stripped of his command, transferred to another division where he was subsequently assigned to the graveyard shift, and subjected to an Internal Affairs (IA) investigation.

When Captain Fields defended his religious freedom by retaining the TMLC and filing a federal lawsuit to protect his First Amendment rights, the City of Tulsa retaliated against him.  The City issued a personnel order against Captain Fields reflecting that the lawsuit and the publicity the lawsuit garnered brought discredit upon their police department.

Erin Mersino, the TMLC attorney handling the case for the Law Center commented, “The matter is now ripe for the United States Supreme Court’s review.  As the petition states, the City of Tulsa has been allowed to punish a public employee, Captain Fields, for his right to seek redress of a civil rights violation in court.  The Thomas More Law Center is hopeful that the United States Supreme Court will step in to right the wrongful punishment and retaliation Captain Fields has faced because of his Christian beliefs.”

The TMLC devotes much of its efforts to countering the Stealth Jihad waged by Muslims in the United States, as well as defending the religious freedom of Christians. It has been representing Captain Fields since 2011.