Today is the seventeenth anniversary of the September 11, 2001, Muslim terrorist attacks on the New York World Trade Center Towers, the Pentagon and Flight 93, which resulted in the death of almost 3,000 innocent Americans. We also remember the first responders who so selflessly and with no hesitation, answered the call to rescue those who were trapped, many of whom lost their own lives in the collapsing towers. 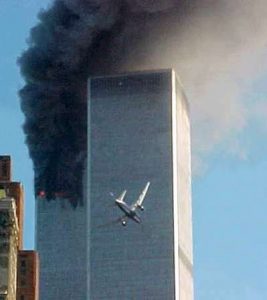 Click here for an interactive timeline of events on 9/11

For 17 years the evil of Islam has existed within our borders.  Islam has infiltrated every aspect of our society, including our schools and universities, both political parties, Hollywood, mainstream media, cultural elite, and major corporations.

So, how effective has America’s response been in 17 years?

17 years later…Muslims are within America’s borders training children to carry out school shootings.

17 years later…American public schools are now teaching our children to recite the Shahada, the Islamic conversion creed: “There is no god except Allah and Prophet Muhammad is his messenger.”

17 years later…victims of the 9/11 attack are still dying from the poisonous dust from Ground Zero.

17 years later…The Muslim Brotherhood, which vows to destroy America from within, continues to operate within our borders.

17 years later…CAIR (Council on American-Islamic Relations), which vows to make the Koran the highest authority in America and was listed as an unindicted co-conspirator in a terrorism trial, still exists, and routinely appears on national TV spewing Islamic propaganda.

17 years later… Muslims are still persecuting and slaughtering thousands of innocent Christians throughout the world.

17 years later…our Armed Forces are still fighting in Afghanistan, the longest war in America’s history, with no end in sight.

17 years later…Turkey hates our guts, formed an alliance with Russia and Iran, and seeks to re-institute the Ottoman Empire.

17 years later…Islamic activity in America is stronger, not weaker.

17 years later…we continue to bring Muslim refugees that do not want to assimilate into our country at taxpayer expense.

Consider this fact: the U.S. government has spent more than $7.6 trillion on defense and homeland security since the 9/11 attacks.

Islam has fought a religious war against Christianity for over 1400 years. And those wars will continue as long as Islam’s goal remains Islamic domination of the world.