This Sunday marks the 21st Anniversary of the September 11, 2001 attack on America and the God-given freedoms we so cherish.  We remember with anger and anguish the nearly 3,000 Americans murdered by Muslim terrorists in the name of Islam.  We also remember and honor those first responders, many of whom lost their lives trying to save others. 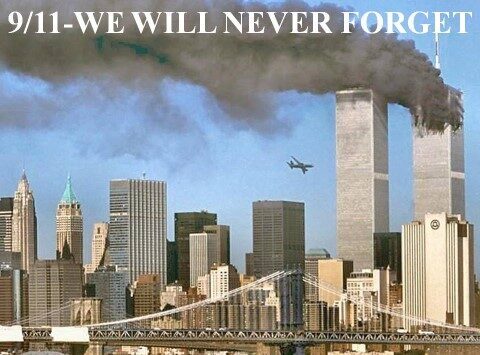 This is also a time to remember the thousands of American soldiers who were killed, wounded or are still suffering, in the ensuing wars in Iraq, Afghanistan, and places unknown.  We honor all those who answered our Nation’s call to Arms.  We also remember the sacrifices made by their families.

On this 21st Anniversary of 9/11, let us rededicate ourselves to the defeat of this evil.  We will never forget September 11; and we must keep the flame of retribution burning until Radical Islam is wiped from the face of the Earth.

Please pray for all our men and women who are in harm’s way today in service of our Nation.