In Islam, peace does not mean co-existence; it means the West’s submission.

Father George Rutler is sounding the wake-up call to Christians and Western civilization to the threat of Islamic domination.  We must respond to terrorist attacks with more than the balloons and flowers of the grieving. 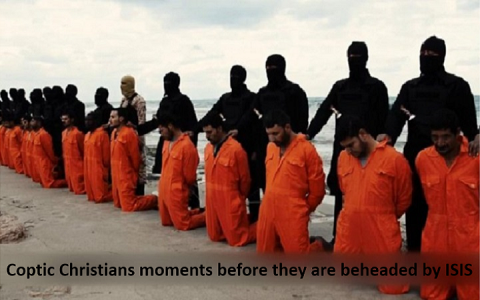 Citing the Catechism of the Catholic Church (#2265), he writes that defending against the evil of Islam is not only a right but a Christian duty.  He cites several instances throughout history when saints and soldiers rode into battle to successfully defend their nations against the Islamic hordes, thus saving Western civilization.

According to Father Rutler, the danger today, however, is that Western civilization “has grown flaccid in virtue and ignorant of its own moral foundations.”

Father Rutler’s commentary, reproduced in its entirety below, is worth reading to understand the threat posed by Islam devoid of political correctness.

After another devastating ISIS attack in France, this time against a priest in his 80s while he was saying Mass, the answer isn’t just, “Do nothing.” As racism distorts race and sexism corrupts sex — so does pacifism affront peace.

Turning the other cheek is the counsel Christ gave in the instance of an individual when morally insulted: Humility conquers pride. It has nothing to do with self-defense.

The Catholic Church has always maintained that the defiance of an evil force is not only a right but an obligation. Its Catechism (cf. #2265) cites St. Thomas Aquinas: “Legitimate defense can be not only a right but a grave duty for someone responsible for another’s life, the common good of the family or of the State.”

A father is culpable if he does not protect his family. A bishop has the same duty as a spiritual father of his sons and daughters in the church, just as the civil state has as its first responsibility the maintenance of the “tranquility of order” through self-defense.

Christ warned the apostles, as shepherds, to beware of wolves. This requires both the “shrewdness of serpents and the innocence of doves.” To shrink from the moral duty to protect peace by not using force when needed is to be innocent as a serpent and shrewd as a dove.

That is not innocence — it is naiveté.

Saint John Capistrano led an army against the Moors in 1456 to protect Belgrade. In 1601, Saint Lawrence of Brindisi did the same in defense of Hungary. As Franciscans, they carried no sword and charged on horseback into battle carrying a crucifix. They inspired the shrewd generals and soldiers, whom they had assembled through artful diplomacy, with their brave innocence.

This is not obscure trivia: Were it not for Charles Martel at Tours in 732 and Jan Sobieski at the gates of Vienna in 1683 — and most certainly had Pope Saint Pius V not enlisted Andrea Doria and Don Juan at Lepanto in 1571 — we would not be here now.  No Western nations as we know them — no universities, no modern science, no human rights — would exist.

In the ninth century, the long line of martyrs of Cordoba told the Spanish Umayyad Caliph Abd Ar-Rahman II that his denial of Christ was infernal, and that they would rather die than surrender. Saint Juan de Ribera (d. 1611) and St. Alfonsus Liguori (d. 1787) repeated the admonition that the concept of peace in Islam requires not co-existence but submission.

The dormancy of Islam until recent times, however, has obscured the threat that this poses — especially to a Western civilization that has grown flaccid in virtue and ignorant of its own moral foundations.

The shortcut to handling the crisis is to deny that it exists.

On the first day of the Democratic National Convention in Philadelphia, there were over 60 speeches, and yet not one of them mentioned ISIS.

Vice has destroyed countless individual souls, but in the decline of civilizations, weakness has done more harm than vice. “Peace for our time” is as empty now as it was when Chamberlain went to Munich and honor was bartered in Vichy.

Hilaire Belloc, who knew Normandy and all of Europe well, said in 1929: “We shall almost certainly have to reckon with Islam in the near future. Perhaps, if we lose our faith, it will rise. For after this subjugation of the Islamic culture by the nominally Christian had already been achieved, the political conquerors of that culture began to notice two disquieting features about it. The first was that its spiritual foundation proved immovable; the second, that its area of occupation did not recede, but on the contrary slowly expanded.”

The priest in Saint-Étienne-du-Rouvrary in Normandy, France, was not the first to die at the altar — and he will not be the last.

In his old age, the priest embodied a civilization that has been betrayed by a generation whose hymn was John Lennon’s “Imagine” — that there was neither heaven nor hell but “above us only sky” and “all the people living for today.” When reality intrudes, they can only leave teddy bears and balloons at the site of a carnage they call “inexplicable.”

Fr. George William Rutler is a Catholic priest and the pastor of the Church of St. Michael in Manhattan.