The American Flag was once described by President Calvin Coolidge as representative of “our peace and security, our civil and political liberty, our freedom of religious worship, our family, our friends, and our home.” On June 14, we pay homage to the Stars and Stripes on National Flag Day. 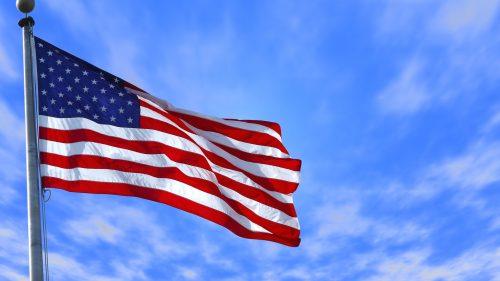 A Brief History of Flag Day:

On June 14, 1777, Continental Congress adopted the American Flag in the First Flag Act, which states: “That the flag of the United States shall be of thirteen stripes of alternate red and white, with a union of thirteen stars of white in a blue field, representing the new constellation.”

Over 100 years later, in 1885, a small-town Wisconsin teacher named Bernard Cigrand came up with the idea of an annual flag birthday to be celebrated every June 14. He lobbied Congress for years to celebrate it as a national holiday. He is sometimes called the “Father of Flag Day.” On May 7, 1937, Pennsylvania became the first state to establish the June 14 Flag Day as a legal holiday, a recognition that Pennsylvania holds today.

Both President Wilson, in 1916, and President Coolidge, in 1927, issued proclamations asking for June 14 to be observed as the National Flag Day. But it wasn’t until August 3, 1949, that Congress approved the national observance, and President Harry Truman signed it into law.

The U.S. government encourages its citizens to display Old Glory outside of their homes and businesses. Today is a day of reflection as we consider the sacriﬁces our ancestors made and consider how we might carry on their work so that our grandchildren may live in the freedom the Stars and Stripes majestically proclaim.