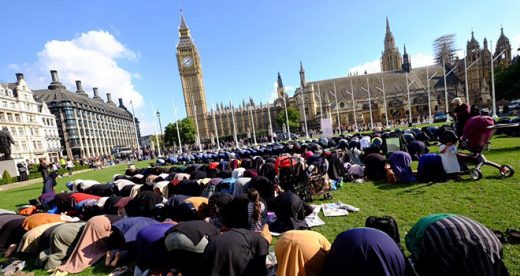 Read the excellent commentary about Islam’s view of Christianity entitled Islam In The Public Square by William Kilpatrick: Click Here

Among his observations, Mr. Kilpatrick states:

“Islamists and secularists share a desire to monopolize the public square. Both also see Christians as a particular enemy of their expansionist ambitions. Consequently, both seek to minimize the influence of Christianity in the public square.

Although Muslims in the West lack the numbers to directly limit the influence of Christians, they can do so indirectly by letting it be known that they are mightily offended by various Christian beliefs and practices. They can then rely on state and local authorities and lukewarm Christians to do the rest.”