Today, our nation honors the life of Dr. Martin Luther King Jr. for his courageous stand for the civil rights of African Americans. Most of us have read or seen a video clip of his powerful August 28, 1963 “I Have a Dream” speech.  Many of us have read his eloquent and compelling April 16, 1963 “Letter from a Birmingham City Jail,” which defended his nonviolent resistance to racism.

But few know what Dr. King thought about Israel. 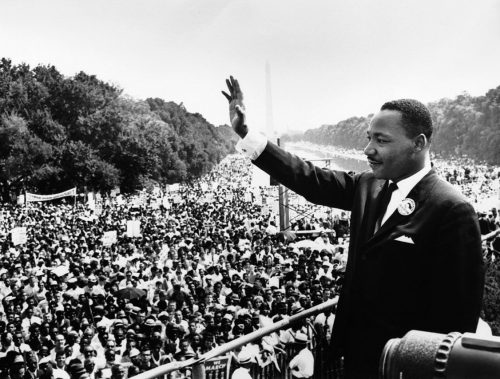 “…the whole world must see that Israel must exist and has the right to exist, and is one of the great outposts of democracy in the world.”

During a panel discussion at the March 25th, 1968 Rabbinical Assembly, Dr King stated:

“Peace for Israel means security, and we must stand with all our might to protect its right to exist, its territorial integrity. I see Israel as one of the great outposts of democracy in the world, and a marvelous example of what can be done, how desert land can be transformed into an oasis of brotherhood and democracy. Peace for Israel means security and that security must be a reality.”

In accordance with that law, this past Friday, during the signing of the Proclamation declaring Martin Luther King Jr. Day, President Trump commented:

“Dr. King’s faith and his love for humanity led him and so many other heroes to courageously stand up for civil rights of African Americans. Through his bravery and sacrifice, Dr. King opened the eyes and lifted the conscience of our nation. He stirred the hearts of our people to recognize the dignity written in every human soul.

Today, we celebrate Dr. King for standing up for the self-evident truth Americans hold so dear, that no matter what the color of our skin or the place of our birth, we are all created equal by God.”

Watch Dr. King’s “I Have A Dream” speech here.