Less than a month ago, we announced that Federal District Court Judge Carol Bagley Amon ruled that our clients, Angela Braxton and Jasmine Lalande as well as eleven other pro-life sidewalk counselors sued by the New York Attorney General’s Office (OAG), did not violate any laws and did not harass or intimidate women seeking abortions at the Choices abortion facility in Jamaica Queens, New York. 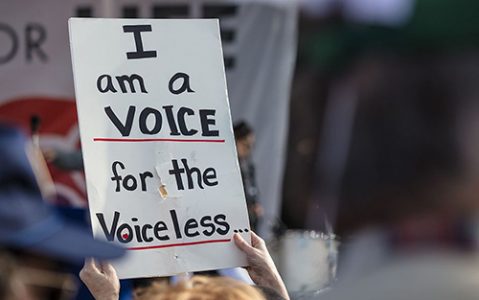 On Monday, (8/20/18), the New York Attorney General’s Office filed a notice with the court that it was appealing Judge Amon’s ruling to the U.S. Court of Appeals for the Second Circuit. The OAG appeal is not surprising, considering the fanfare accompanying the initial announcement of this lawsuit last summer, and the massive resources expended in the year-long investigation.

Judge Amon’s ruling was a devastating blow to the Attorney General’s Office. Last summer, in a highly publicized press conference held in front of the Choices abortion facility, then-New York Attorney General, Eric Schneiderman (who later resigned amid allegations of sexual misconduct), announced his federal lawsuit against the thirteen sidewalk counselors claiming they obstructed, harassed and intimidated women who were seeking abortions at the Choices facility.  He petitioned the federal court to create a sixteen-foot buffer zone around abortion premises and levy fines, attorney fees and compensatory damages against the Defendants.

After an extensive hearing held between February 12 and March 6, 2018, and oral arguments heard on May 22, 2018, Judge Amon rendered her written 103-page opinion which stated that there was not a single video introduced into evidence which substantiated the OAG’s allegations against the sidewalk counselors, which sought to ban them from further sidewalk counseling. Additionally, Judge Amon found the witnesses called to testify on behalf of the abortion clinic produced by the OAG were not credible.

Despite Eric Schneiderman’s departure, the pro-abortion forces continue their zealous anti-life campaign. When he first announced his lawsuit against the pro-life sidewalk counselors, he made the astonishing remark that this is “not a nation where you can choose your point of view.”

Even though there’s a new Attorney General in New York, the pro-abortion agenda remains. Pro-abortionists will not rest until this nation becomes a place where your only point of view is pro-abortion. TMLC, as always, will remain steadfast in its defense of the pro-life cause.