ANN ARBOR, MI – Agreeing with the position advocated by the Thomas More Law Center (“TMLC”), Federal District Court Judge Michael A. Shipp granted its motion to return to state court a challenge to legal settlements made earlier this year by Bernards Township, New Jersey, concerning construction of a mosque in a residential neighborhood. 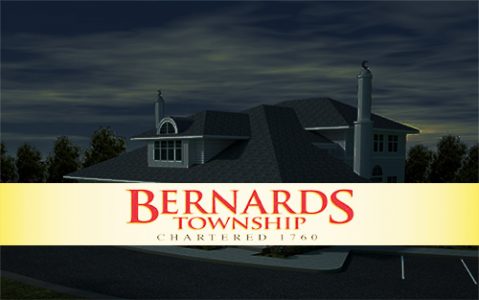 TMLC President and Chief Counsel Richard Thompson remarked, “This is an important procedural victory for the residents of Bernards Township. Since May, the Township has been trying to paper-over the fact that it held a sham hearing in violation of New Jersey law. Now the New Jersey courts will have the opportunity to address and remedy the Township’s violations of state law.”

In March 2016, the Islamic Society of Basking Ridge sued Bernards Township alleging it had discriminated against the Islamic Society when it declined to approve construction of a large mosque on a lot that was far too small to handle the contemplated structure. A few months later, the U. S. Department of Justice, which was then under the leadership of Obama-appointed Attorney General Loretta Lynch, filed a second lawsuit against the Township.

Violating New Jersey law, the Township Committee of Bernards Township and its Planning Board held a public meeting on May 23, 2017, in which they voted to settle the two lawsuits.  Even though these settlement agreements were matters of extraordinary public interest because they required the payment of $3.25 million dollars to a local mosque and its attorneys as well as the grant of a variance in the zoning ordinances to allow the mosque to be built, the public was not informed of the terms of the settlements nor allowed to comment on the vote until after it had been taken.

On May 25, 2017, TMLC affiliated Westfield, New Jersey attorney, Michael Hrycak, filed a lawsuit in New Jersey Superior Court on behalf of Township resident Cody Smith for the Township’s open and flagrant violations of the New Jersey Open Public Meetings Act (OPMA).  The lawsuit alleges that the Township entered into the settlements with the mosque proponents without publicly disclosing their terms beforehand, as required by the OPMA.

Though it was aware this lawsuit had been filed to void the settlement, on May 30, 2017, the Township nonetheless asked Judge Shipp to enter an order based on the settlement agreements without telling him about the litigation in state court. On June 13, 2017, after apparently realizing that the earlier votes without public notice were invalid, the Township held a second vote, supposedly to ratify the earlier vote. Then, on June 21, 2017, the Township removed the state challenge under the OPMA to Judge Shipps’ Court.

TMLC contested the legitimacy of the Township’s actions in removing the case to Judge Shipps’ court and asked him to return the case to state court, where it belonged. The Township vigorously opposed TMLC’s request. Yesterday, however, Judge Shipp rejected the Township’s objections and agreed with TMLC that the matter should be heard in state, rather than federal court.

The complaint asks the Superior Court to declare the Township’s votes to be invalid and uphold the right of its residents to have transparency in their local government.