ANN ARBOR, MI – The Thomas More Law Center (“TMLC”) a national public interest law firm based in Ann Arbor, Michigan, announced a victory this week on behalf of its client, Lutheran Pastor Bruce Leonatti, who is also president of the Pittsburgh Chapter of ACT for America.  Pastor Leonatti was sued by an Islamic organization, HIRA Educational Services of North America (“HIRA”) for exercising his First Amendment free speech rights. HIRA is an Islamic consulting firm that caters to Islamic schools and organizations. 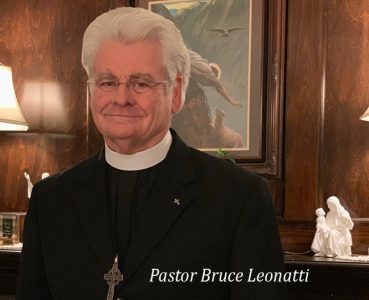 In an opinion and order issued on March 4, 2019, Judge Marilyn J. Horan of the U.S. District Court in the Western District of Pennsylvania dismissed the case against Pastor Leonatti, who was one of several defendants sued by HIRA. Pastor Leonatti is pastor of the Zion Evangelical Lutheran Church in North Huntingdon, Pennsylvania. The Thomas More Law Center represented Pastor Leonatti without charge.

Commenting on the successful outcome, Richard Thompson, President and Chief Counsel of the Thomas More Law Center, stated: “We applaud the steadfast courage and fortitude of 74-year-old Pastor Leonatti who stood his ground against the intimidating tactics of HIRA and its baseless lawsuit.”

HIRA sought to purchase property owned by the State of Pennsylvania. During a public meeting prior to the sale, Pastor Leonatti expressed his opposition to the sale to HIRA over concerns that the property might be used as a refugee resettlement center. Although Pennsylvania began the process of selling the property to HIRA, the sale eventually fell through because of concerns related to tax payments and potential collusion in the bidding process. Even though Pastor Leonatti’s statements had nothing to do with why the sale fell through, HIRA nevertheless sued him for interfering with the sales contract because he opposed it at a public meeting and is a chapter president of ACT for America.

On Monday, the Court dismissed Pastor Leonatti from the lawsuit. In her opinion, Judge Horan said: “Not only do the facts pleaded by Plaintiff show that Defendant Leonatti’s conduct had no impact on DGS’s [the PA agency] decision to move forward with forming the land sale contract with Plaintiff, but Plaintiff does not plead any facts establishing a causal connection between Defendant Leonatti’s alleged conduct and the decision by the Defendant Township Supervisors to institute legal proceedings.”