ANN ARBOR, MI – The Thomas More Law Center, a national nonprofit public interest law firm based in Ann Arbor, MI, today filed a federal lawsuit on behalf of the State of Tennessee, the Tennessee General Assembly, and two State legislators, challenging the constitutionality of the federal refugee resettlement program as a violation of the Tenth Amendment to the U.S. Constitution and the principles of State sovereignty. 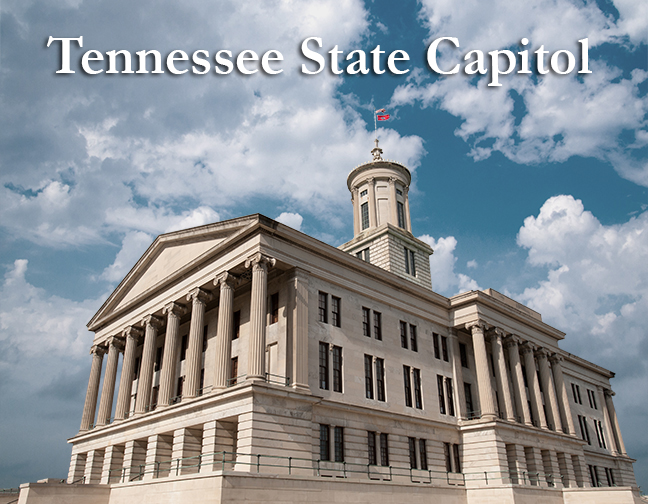 Defendants in the lawsuit include the U.S Departments of State and Health and Human Services, and their respective Secretaries.

Richard Thompson, President and Chief Counsel of the Thomas More Law Center, noted, “Supreme Court Chief Justice Roberts has observed, ‘The States are separate and independent sovereigns. Sometimes they have to act like it.’ We intend to follow that advice in our lawsuit on behalf of the State of Tennessee and its citizens. We are asking the Court to stop the bleeding out of millions of Tennessee taxpayer dollars each year to fund a federal program from which the State officially withdrew in 2007.”

Thompson added, “Although there are compelling policy reasons to dismantle the existing refugee resettlement program in favor of resettling refugees in Middle East safe- zones as President Trump has suggested, this lawsuit focuses solely on the unconstitutional way the federal program is currently operating in the State of Tennessee.”

The Tennessee General Assembly, by overwhelming majorities in both the House and Senate, passed Senate Joint Resolution 467 (“SJR 467”) during the 2016 legislative session, which authorized legal action to stop the federal government from unconstitutionally commandeering State funds to finance the federal refugee resettlement program.

State Senator John Stevens and State Representative Terri Lynn Weaver are the two legislators who joined the lawsuit as individual plaintiffs. Senator Stevens is First Vice-Chair of the Senate’s Standing Committee on Finance, Ways and Means, which is responsible for all measures relating to taxes and oversight of public monies in the State’s treasury.  Representative Terri Lynn Weaver is the Chairman of the House Transportation Subcommittee which is charged with oversight of the budget relating to transportation.

Senator Stevens stated, “Through federal economic dragooning of our State’s budget, past Presidents and Congresses have quieted my vote and thereby my constituents’ voices. President Trump through executive action has reversed the overreaches of the Obama Administration in numerous ways. I trust President Trump in this regard. However, he needs our help.”

Continued Stevens, “The Constitution does not allow the Federal Government to force me as the elected representative of the 24th Senate District to implement federal programs while they sit in Washington insulated from the consequences.”

Representative Weaver, who played an instrumental role in mobilizing legislative support for passage of SJR 467, commented, “Of all the legislation that I have worked on, this by far is the most important. The only way we can get back to our constitutional beginnings and the intent birthed by our Founding Fathers is to go and take it back.  We are looking forward to linking arms with the Thomas More Law Center for the long haul to regain sovereignty for our great State.”

Senate Majority Leader Mark Norris, another strong advocate for the lawsuit, emphasized the point that the lawsuit should not be taken as a criticism of the Trump Administration, “We want to convey to the President that we support his efforts concerning immigration and refugee resettlement and believe this suit for declaratory relief is consistent with what would likely be his position regarding states like Tennessee which have withdrawn from the refugee resettlement program but are forced to continue paying costs associated with it.”

When Congress enacted the Refugee Resettlement Act of 1980, the explicit intent was to assure full federal reimbursement of the costs for each refugee resettled and participating in benefit programs provided by the states.  Eventually, however, federal reimbursements to the states for these benefit programs were reduced and, by 1991, eliminated entirely.  The states thereby became responsible for the costs of the programs originally covered by the federal government.

Tennessee officially withdrew from participation in the refugee resettlement program in 2007. However, instead of honoring Tennessee’s decision to withdraw from the program, the federal government merely bypassed the State and appointed Catholic Charities of Tennessee, a private, non-governmental organization to administer the program.  Catholic Charities receives revenue based upon the number of refugees it brings into the State.

Currently, Tennessee State revenues that could otherwise be used for State programs to help Tennesseans are, in effect, appropriated by the federal government to support the federal refugee resettlement program.  This arrangement displaces Tennessee’s constitutionally mandated funding prerogatives and appropriations process.

The Complaint is here.