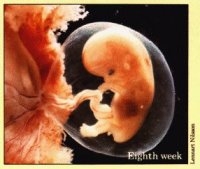 LAWRENCEVILLE, GA – In a bold move yesterday, a bi-partisan group of Georgia legislators offered the nation’s first “Paramount Right to Life” Amendment, H.R. 536. If successful, Georgia will become the first “Pro-life” state in the nation establishing the “personhood” of each of its citizens from fertilization until natural death.

Using language provided by the Thomas More Law Center, an advocacy group for pro-life causes, H.R. 536 states, “Paramount right to life: (a) The rights of every person shall be recognized, among which in the first place is the inviolable right of every innocent human being to life. The right to life is the paramount and most fundamental right of a person. (b) With respect to the fundamental and inalienable rights of all persons guaranteed in this Constitution, the word ‘person’ applies to all human beings, irrespective of age, race, sex, health, function, or condition of dependency, including unborn children at every state of their biological development, including fertilization.” (http://www.legis.ga.gov/legis/2007_08/search/hr536.htm)

“It is time that the citizens of Georgia be able to speak decisively to this most fundamental right” says Caryl Swift, President of Georgia Right to Life (GRTL). “When is a person a ‘person’ under the laws of our State and therefore entitled to protection under the 14th Amendment of the U.S. Constitution? Let’s let Georgians decide… not the state Supreme Court. I commend this bi-partisan effort to protect all of Georgia’s citizens… all the time.”

“Two important pro-life objectives would be effected by this amendment to our state constitution,” says Daniel Becker, Vice President of GRTL. “It establishes and affirms in principal that Georgia is a “pro-life” state that seeks to protect all human life from fertilization as a matter of constitutional law; and it provides a direct challenge to the central holding of Roe v. Wade.” 410 U.S. 113 (1973). “In the Roe v. Wade decision, Justice Harry Blackmun wrote that, ‘(If the) suggestion of personhood [of the preborn] is established, the [abortion rights] case, of course, collapses, for the fetus’ right to life is then guaranteed specifically by the [14th] Amendment.’” Becker concludes, “Thus, the personhood of the preborn child is the single point on which the entire debate turns.”

Georgia law requires two thirds of both chambers to place a constitutional amendment on the 2008 ballot. “Building on the 116-54 victory yesterday of the passage of the GRTL endorsed Ultrasound Bill, we feel that we are within striking distance of the four votes needed to pass this common sense resolution out of the Georgia House. Our pro-life Senate bill “Saving the Cure Act,” passed today 39-15… two votes more than the 37 needed to pass this Resolution,” said Becker. “This landmark piece of legislation will be the centerpiece of our legislative efforts in the 2008 legislative session,” said Becker.

Georgia Right to Life is a nonprofit, nonpartisan, nonsectarian organization of diverse and caring people united to engage in actions that will restore respect and effective legal protection for all human beings from the moment of fertilization until natural death.