Deborah Vailes has been teaching junior high in Louisiana’s Rapides Parish School District for the past twelve years.  She is passionate about helping special needs children become better readers.  Little did she know that an early morning post critical of the Common Core Curriculum on her personal Facebook page would lead to disciplinary action, suppression of her right to free speech, retaliation from school officials, and possible loss of her job. 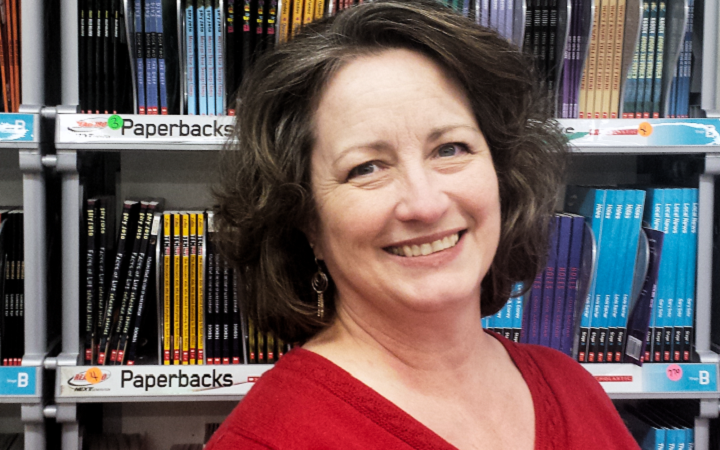 As a result, the Thomas More Law Center (TMLC), a national public interest law firm based in Ann Arbor, Michigan, this morning, filed a lawsuit in the Federal District Court for the Western District of Louisiana on behalf of Deborah Vailes against the Rapides Parish School District and the principal of Pineville Junior High School, Dr. Dana Nolan.

Richard Thompson, President and Chief Counsel of the Thomas More Law Center, commenting on the reason for the lawsuit, stated: “Public school students have become ‘guinea pigs’ in a vast untested educational experiment dictated by the Federal Government. Our Constitution never envisioned federal control over education.  But sadly, most states have voluntarily abdicated their responsibilities over education for federal dollars. Their decision will prove disastrous, not only for public education, but also for the freedom guaranteed by our Constitution.  Debbie Vailes’ uncompromising love for her students prompted her to speak out.  And her voice should not be silenced by a tyrannical principal.”

On September 23, 2014, at approximately by 5:58 AM, Debora Vailes re-posted on her personal Facebook page a photograph of a little girl crying because of the shortcomings of Common Core.  Later that day, her school principal, Dr. Dana Nolan, after discovering the post, gave Deborah Vailes her first written reprimand and ordered her to refrain from expressing any opinion about public education on social media and to remove her anti-Common Core post from the social media site – ASAP. (The school district refers to written reprimands as a “documented conferences.”)  Dr. Nolan further informed Deborah that she could not to discuss her opinion in public – on any social media or any public forum.

Two days later, Dr. Nolan held a mandatory faculty meeting of the Pineville Junior high school. She informed the faculty at the meeting that Deborah Vailes was reprimanded due to posting a negative opinion about Common Core on Facebook.  Dr. Nolan warned the faculty not to share their personal opinions or speak-out in any way.  After hearing about the Principal’s gag order, Bobby Jindal, the governor of Louisiana, issued an executive order that teachers were to be afforded the same constitutional guarantees afforded to all citizens. However, his executive order did not deter the Defendant, Dr. Nolan, from continuing her vendetta against Deborah Vailes.

Before Vailes posted her Facebook criticism of Common Core, she had a stellar personnel record; she had never received a reprimand.  Since her public criticism, she has received three additional written reprimands. School administrators are now constantly visiting her class, when before her criticism of Common Core, such visits were rare.  Dr. Nolan has stripped Debbie Vailes of her responsibilities, and placed her in a job category which, according to Vailes’ colleagues, will be eliminated at the end of the school year resulting in her termination.

TMLC Senior Trial Counsel Erin Mersino and Alexandria, Louisiana attorney, Theodore D. Vicknair are representing Deborah Vailes.   Mersino stated “Accepting employment in the public sector does not mean a total loss of First Amendment freedom.  Public employees may readily comment on matters of public concern, such as the Common Core Curriculum, and do so free from any retaliation from their employer.  What the School District and Principal are doing to Debbie Vailes is blatantly wrong.”

Common Core State Standards (“Common Core”) are national standards in education promoted and funded by the U.S. Department of Education.  The National Governors Association and the Council of Chief State School Officers together established Common Core as a set of academic standards to be used in common across all states. These standards replace the existing state standards in the applicable academic areas.

Although Common Core has been adopted by 43 states (including Louisiana), its implementation has caused an uproar from caring parents, grandparents and educators alike. According to an October 2014 Gallup poll, 62% of teachers are frustrated with the Common Core State Standards.

Adding to the frustration is the fact that the Common Core Standards were untested prior to their implementation.  They were implemented without any prior research being conducted on their efficacy, resulting in standards that at best reflect guesswork. Many child development experts have decried even the creation of the standards without input from classroom teachers or early childhood professionals.

Compounding the anger over the standards themselves was the overwhelming emphasis on standardized testing. The Common Core State Standards require so much testing, that teachers can only teach to the test.

Many parents and teachers have also expressed concern over the English Standards set by the Common Core. The reading selections considered to be representative examples of what students should be reading, feature incest, rape and drug use, as well as far left political viewpoints.