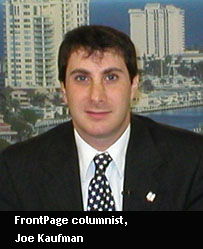 ANN ARBOR, MI – The Texas Supreme Court dealt another blow to Islamic organizations which use lawsuits as a form of “legal jihad” to silence public discussion of Islamic terrorist threats.  On Friday, January 15, 2010, the Texas Supreme Court denied a petition for review of a Second District Court of Appeals opinion which dismissed the defamation lawsuit brought by seven Dallas-area Islamic organizations against internet journalist Joe Kaufman.

On his radio show, Mahdi Bray, head of the Muslim American Freedom Foundation, the political arm of Muslim American Society – Dallas, exhorted his radio audience of the need of Muslims to lawyer up and fund additional lawsuits.  The case against Kaufman was used as the example.  In fact, for the last several years, Muslim groups in the U.S. have engaged in the tactic referred to as Islamist Lawfare which uses our American laws and legal system to silence critics and promote the Islamic agenda in America.

Richard Thompson, President and Chief Counsel of the Thomas More Law Center, commented, “It is gratifying to see a courageous citizen like Joe Kaufman withstand the legal intimidation of a well-financed lawsuit aimed at shutting down his right to speak out against the threats of radical Islam.”

On July 25, 2009, the Texas Second District Court of Appeals unanimously ruled that as an internet journalist Kaufman had the same procedural protections under the Texas law given to traditional electronic and print media, including the right to a pretrial appeal. [Read opinion]  Accordingly, Kaufman had the same right to appeal the lower court’s denial of his motion to dismiss the frivolous libel claim before a time-consuming and expensive trial.  Most parties have to wait until after a trial before they can appeal an unfavorable lower court ruling.

As a full-time investigative reporter, Kaufman has written extensively on Radical Islamic terrorism in America.  He was sued because of his September 28, 2007 article titled “Fanatic Muslim Family Day” published by Front Page Magazine, a major online news website.  Kaufman’s article exposed the Islamic Circle of North America (ICNA) and the Islamic Association of Northern Texas (IANT) ties to the radical terrorist group Hamas.

Significantly, neither ICNA nor IANT, which were mentioned in Kaufman’s article, sued Kaufman.  It is speculated they were afraid of being subjected to pretrial discovery depositions.  On the other hand, none of the seven plaintiffs that sued Kaufman were even mentioned in his article.

The seven Islamic organizations that sued Kaufman are the Islamic Society of Arlington, Texas, Islamic Center of Irving, DFW Islamic Educational Center, Inc., Dar Elsalam Islamic Center, Al Hedayah Islamic Center, Islamic Association of Tarrant County, and Muslim American Society of Dallas.  All are affiliated with CAIR, one of the unindicted co-conspirators in the successful federal prosecution of the Holy Land Foundation.

This is the third straight loss for the Islamic groups in this case. After the ruling in favor of Kaufman on June 25, 2009, they asked for a reconsideration of the decision through what is known as an en banc opinion (appeal to the whole court, not just a panel of the court). The court denied that request.  Last week the Texas Supreme Court also denied their request for review.  However, plaintiffs can still file a petition for review with the U.S. Supreme Court.

The Thomas More Law Center defends and promotes America’s Christian heritage and moral values, including the religious freedom of Christians, time-honored family values, and the sanctity of human life.  It supports a strong national defense and an independent and sovereign United States of America.  The Law Center accomplishes its mission through litigation, education, and related activities.  It does not charge for its services.  The Law Center is supported by contributions from individuals, corporations and foundations, and is recognized by the IRS as a section 501(c)(3) organization.  You may reach the Thomas More Law Center at (734) 827-2001 or visit our website at www.thomasmore.org.