To the relief of most, The Commandant of the Marine Corps has decided to retain the iconic male Marine dress and service cover for all Marines, male and female.  The decision to retain the male cover as the universal cap for all Marines was announced in a press release by the Marine Corps Public Affairs Office, dated November 15, 2013.  It was also reported in the Stars and Stripes, the only independent Department of Defense authorized news outlet. 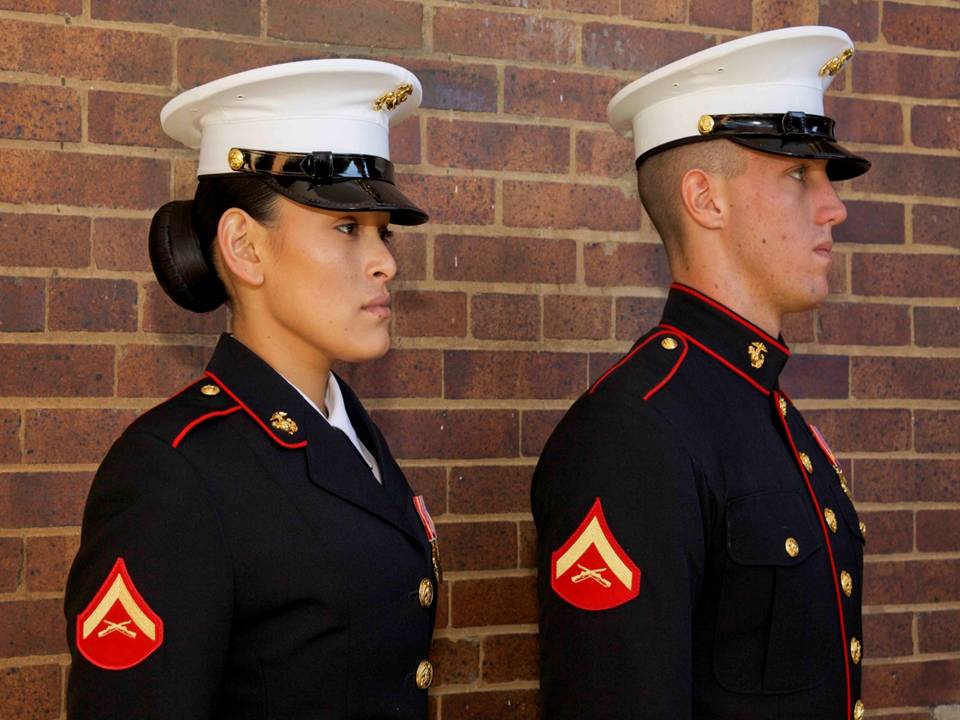 In October, the Marine Corps Uniform Board released a survey to active and reserve Marines discussing which option for a unisex cover they preferred: the current male cover or the “Dan Daley” cap which was dubbed by the press as “girly.”

Media reports of the survey led to a national public outcry over priorities and changes to the iconic Marine Corps uniform. Much of the concern was focused on reports that the switch to the “Dan Daley” (girly cap) cover would cost approximately $8 million dollars at a time when sequestration and budget cuts were causing serious threats to the ability of our military to field sufficient combat ready forces.

According to statements made by Army Chief of Staff, General Ray Odierno at the time the Marine Corps was considering spending $8 million dollars for a unisex cap, only two of the hoped for seven Army brigades were combat-ready.  General Odierno warned that thousands of soldiers might not be prepared for deployment.

According to the Marine Corps press release, 91% of survey respondents preferred the universal adoption of the male dress and service cover over the adoption of the Dan Daley cover.  Although the Marine Corps Uniform Board recommendation to use the current male cover as a universal cover has already been approved by Marine Corps Commandant, General James Amos, the press release indicated that more research needs to be conducted to improve the comfort and fit of the cover.