On June 30, the U.S. Supreme Court released its decision in Hobby Lobby and Conestoga Wood Specialties, holding that the Federal Government cannot force closely held for-profit corporations to choose between obeying their religious beliefs and paying huge fines for following their convictions. The Court emphasized that its decision was a relatively narrow one, thus opening the way for further battles relating to Obamacare and the HHS Mandate. 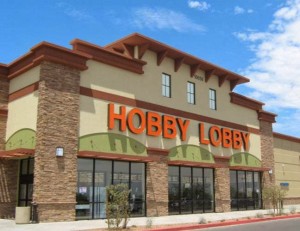 The Justices, in a 5-4 decision, ruled in the joined cases that the HHS Mandate instituted by then HHS Secretary Kathleen Sebelius and the Obama Administration violates the Religious Freedom Restoration Act (RFRA). RFRA is a federal law enacted over twenty years ago that prohibits the government from imposing a substantial burden on a person’s ability to practice his religion unless that burden advances an important government interest and does so in the least restrictive way possible.

The HHS Mandate promulgated under Obamacare requires employers to provide their female employees with health insurance that includes no-cost access to twenty different kinds of contraceptives. Many Christians consider the covered drugs and procedures tantamount to the taking of an innocent human life, and a grave sin. The Government in their briefing admitted that at least four of the covered drugs aborted life after the moment of conception. Hobby Lobby and Conestoga Wood Specialties, based on their religious beliefs, did not want to provide insurance coverage for those four kinds of twenty required types of birth control because the drugs, according to the Government’s own sources, cause abortions and it would make them complicit in the sin of abortion.

The Thomas More Law Center (TMLC), a national public interest law firm based in Ann Arbor, MI, welcomes the decision on behalf of the thirty for-profit plaintiffs represented by the Law Center which has also filed federal lawsuits challenging the HHS Mandate. Those lawsuits are at various stages in the legal process including one, Eden Foods, currently held in abeyance in the Supreme Court pending the ruling in the Hobby Lobby and Conestoga cases. While handling its own cases, TMLC also filed a Friend of the Court brief in the Supreme Court supporting the Hobby Lobby case.

Richard Thompson, President and Chief Counsel of TMLC, commented, “Justice Ginsburg ignoring the actual clear limiting words of the majority opinion, wrote a dissent characterizing the decision as one of ‘startling breadth.’ She was joined in her dissent by the other Democrat appointees on the bench, Justices Breyer, Sotomayor, and Kagan. Her opinion has fueled the outraged voiced by groups like the ACLU, Planned Parenthood and Democrat politicians like Hillary Clinton claiming the decision is a war on women. The decision will undoubtedly be used as a fundraising tool and to mobilize their base.”

You can also read Erin’s USA Today commentary on the decision here.

Salient points in the majority opinion include: