This morning the United States Supreme Court declined to hear the Thomas More Law Center’s (TMLC) appeal challenging California’s Morgan Hill Unified School District and its school administrators’ decision to ban American Flag shirts from its high school during the Mexican holiday of Cinco de Mayo, thus ending the Thomas More Law Center’s 5 year battle to ensure patriotic students in California had the same constitutional right to express their patriotism, as pro-Mexican students have to express their support for Mexico. 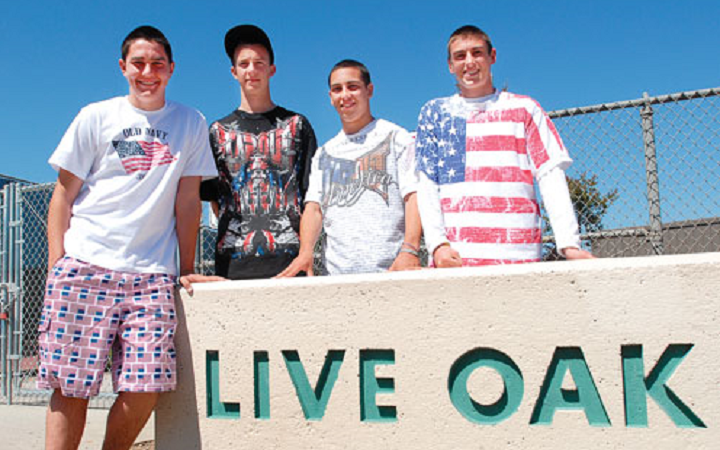 Several First Amendment scholars weighed in on the issue, all supporting the Thomas More Law Center’s position in the lawsuit, including Professor Eugene Volkh and Professor Erwin Chemerinsky.  The Tinkers, the plaintiffs in the seminal United States Supreme Court case involving free speech in schools, Tinker v. Des Moines Independent Community School District, submitted a friend of the court brief in support of TMLC’s case.  The Tinkers’ First Amendment challenge is responsible for the famous ruling from the Supreme Court that students do not “shed their constitutional rights to freedom of speech or expression at the schoolhouse gate.”

In 2010, the Plaintiffs wore Patriotic, American Flag shirts to their high school on Cinco de Mayo.  Because school officials felt a few pro-Mexican students might react violently, school officials punished the students who wore the American Flag shirts by taking them out of their classrooms and telling them that they either needed to turn their t-shirts inside out or go home.

In February of 2014, a three-judge panel in the Ninth Circuit in California upheld the School Administrators’ ban of the American Flag shirts stating that it was within the School’s right to silence student speech that had the potential to cause a disturbance on the school campus.

In response to the unfavorable ruling, the TMLC requested the matter be heard by the full court of the Ninth Circuit.  The court declined.  However, three judges dissented, stating “The freedom of speech guaranteed by our Constitution is in greatest peril when the government may suppress speech simply because it is unpopular.  For that reason, it is a foundational tenet of First Amendment law that the government cannot silence a speaker because of how an audience might react to the speech.”  The three dissenting judges would have ruled that the School’s ban on the patriotic student speech was unconstitutional.

In its request for the United States Supreme Court to hear its case, the Thomas More Law Center explained that “it is far better in our civilized society to teach students about the First Amendment and why we tolerate divergent views than to suppress speech.  Thus, the better and proper response is for school officials to educate the audience rather than silence the speaker.  By restricting [the students’] speech, [the School District] failed to fulfill this fundamental obligation of our government-operated schools and violated the First Amendment in the process.”

Erin Mersino, Senior Trial Counsel at the Thomas More Law Center involved in the appeal, responded to the Supreme Court’s ruling, “Unfortunately, this is a tremendous blow to the free speech of students everywhere.  The Court, by not taking the case, has enabled the voice of bullies to trump the voice of students who simply wish to express passive, peaceful speech.  The denial of this petition makes the work of the Thomas More Law Center all the more vital to the preservation and the future of our First Amendment freedoms.”