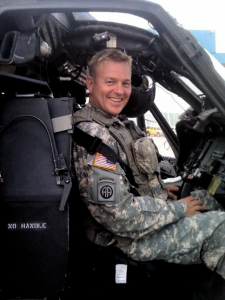 In a footnote, the U. S. Fourth Circuit Court of Appeals acknowledged that the Army applied the incorrect burden of proof to LTC Downey’s case, contrary to its own regulations.  However, it shrugged off this fundamental error. LTC Downey’s petition to the Supreme Court points out that the error was so manifest and so serious that nearly every other appellate court in the land would have required the Army’s final review board to rehear his case.

TMLC attorney, Jay Combs, the principle author of the Petition to the Supreme Court, commented: “The Fourth Circuit Court of Appeals threw away the exceptional career of Lieutenant Colonel Downey in a footnote.  The issue that the Fourth Circuit so cavalierly disposed of in a footnote was so serious that nearly every other circuit in the United States, on this issue alone, would have reversed the entire Army Board process without the need to even address any of the other issues in the case.  Most circuits recognize that the rule of law is dealt a crippling blow if an agency does not have to follow its own regulations.”

Combs was assisted by attorney Erin Kuenzig, who had handled the District Court and Fourth Circuit arguments.

LTC Downey’s troubles began in 2012 when he made the “politically incorrect” effort to prevent two lesbian female officers under his command from violating Army regulations regarding public displays of affection. The two officers, a Captain and a Lieutenant, were in uniform at a formal military ball and were on the dance floor engaged in prolonged French kissing, publicly taking off each other’s uniform jackets, and other intimate and salacious conduct.  Once he became aware of the situation, LTC Downey took immediate action to stop the inappropriate behavior.  He also attempted to prevent other soldiers from photographing and videotaping the officers’ inappropriate conduct, which he believed would embarrass the unit as well as the offending officers. In the process of lowering the camera of an enlisted soldier, the camera accidentally made contact with the soldier’s nose. As a result, despite the recommendations of LTC Downey’s immediate superior, General Mark Milley ordered an investigation and a subsequent Article 15 hearing where he acted as the presiding officer on charges of assault consummated by battery and violation of the repeal of “Don’t Ask, Don’t Tell” policy. 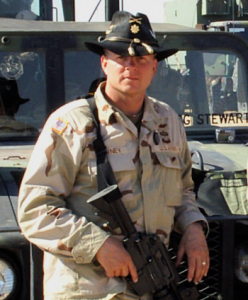 The Article 15 proceeding, which lasted approximately 5 hours, was more concerned about offending homosexual advocacy groups than the guilt or innocence of LTC Downey. General Milley found LTC Downey guilty of the charge of assault consummated by battery. LTC Downey was issued reprimands for both violations, relieved of command, issued a negative Officer Evaluation Report, and removed from the attendance list of the National War College.

A formal board hearing was convened to review the same matters to decide whether LTC Downey should be retained in the Army. The formal board, unlike General Milley in the Article 15 proceedings, conducted an exhaustive adversarial hearing in which the Army was represented by an attorney and LTC Downey was also represented by counsel.  The hearing board listened to the testimony of multiple witnesses, reviewed evidence, and listened to the arguments of government and defense attorneys. Afterwards, the formal board unanimously determined the allegations against LTC Downey were not supported by even a preponderance of the evidence.

Despite the unanimous decision of the formal board of officers, the prior contrary findings of the Article 15 hearing remained a part of LTC Downey’s official record, destroying the further progression of his stellar career and tarnishing his good name.

Downey was well on his way to becoming a high-ranking officer in the Army, as evidenced by the glowing remarks from his commanding officers. In early April of 2012, Downey received a prestigious award recognizing him and the unit that he commanded as the best aviation battalion in the United States Army. He has been awarded 3 Bronze Stars and 7 Air Medals, one with a “V” device for valor in combat. The Air Medal with “V” device was awarded for valor he displayed on May 25, 2011, in “complete disregard for his own safety while initiating multiple engagements against an enemy with superior fields of fire over friendly forces.  His actions were decisive in saving the lives of soldiers on the ground.” 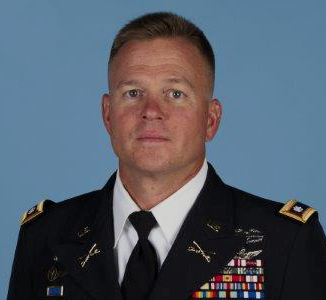 His performance reviews uniformly painted a picture of one of the Army’s most skilled and accomplished combat aviators.

Former Secretary of the Army, Louis Caldera, wrote of Downey:

“As former SecArmy I had the honor of working with strong officers daily, Chris Downey stands out among them. A clearly superior performance by a leader with phenomenal potential.”

“He is clearly in the top 1% of the handpicked officers of the White House Military Office Operations Directorate and in all of the Lieutenant Colonel’s I have known in my 20 years of military service. Chris planned the most sensitive and complex missions in support of the President, Vice President, First Lady and other White House delegations. Absolutely unlimited potential – a future General Officer!”

“Lieutenant Colonel Chris Downey’s performance in combat has been spectacular, he is my best aviation task force commander among the top three out of 70+ commanders that I senior rate. Strong General Officer potential.”

The Administrative Board Applied the Wrong Burden Of Proof

In order to remedy the injustice caused by the erroneous Article 15, LTC Downey appealed to the Army Board for the Correction of Military Records (“ABCMR”). Unfortunately for LTC Downey, the ABCMR applied the wrong burden of proof to his case. The Board is governed by 32 C.F.R. § 581.3(e)(2) which provides: “Burden of proof. The ABCMR begins its consideration of each case with the presumption of administrative regularity. The applicant has the burden of proving an error or injustice by a preponderance of the evidence.” (emphasis added). Rather than holding LTC Downey to the correct burden of proof, the Board held him to the much more difficult burden of proving an error or injustice by clear and convincing evidence.  Finding that LTC Downey had not met this illegitimately high standard, the Board denied him relief.

Richard Thompson, President and chief Counsel of the Thomas More Law Center commenting on what happened to LTC Downey, stated: “There is no question in my mind that Lieutenant Colonel Downey was a victim of the military’s efforts to appease homosexual advocacy groups. As a result of political correctness gone amuck, America lost an outstanding combat commander who had given his country over 24 years of loyal service.”