For immediate media inquiries, please call TMLC at (734) 827-2001. To receive news updates, please bookmark this page. To receive TMLC press releases via email, please email info@thomasmore.org, subject line “Media contact”, with your contact information and areas of interest. The Latest
The Thomas More Law Center (“TMLC”), a national public interest law firm based in Ann Arbor, MI, and its affiliated attorney B. Tyler Brooks of Millberg Gordon Stewart PLLC in Raleigh, NC, filed an amicus curia (friend of the court) brief defending the right of state magistrates to opt out of performing marriages based on religious objections.  The religious accommodation was contained in North Carolina’s Senate Bill 2, which was passed in 2015 shortly before the U.S. Supreme Court’s decision in Obergefell v. Hodges legalized same-sex marriage throughout the nation. 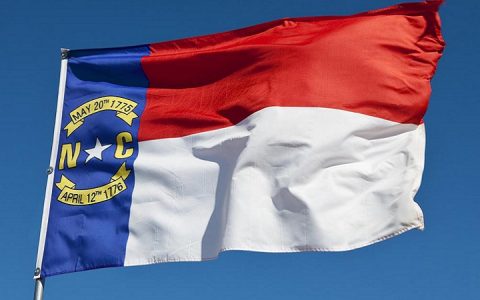 Under the North Carolina law, magistrates may recuse themselves from performing all marriages and thereby avoid violating their sincerely held religious beliefs.  The law also requires the state to ensure that any couple desiring to wed has access to a magistrate who performs marriages.  Additionally, it created an exemption allowing county register of deeds employees to opt out of issuing marriage licenses.
TMLC’s affiliated attorney, B. Tyler Brooks, commented: “If we are to have a truly tolerant society, government employers must possess the legal ability to accommodate the religious beliefs of their employees.  Here, even though there is no allegation that this law has prevented any couple from marrying, the plaintiffs are nonetheless fighting to have the federal courts nullify a state legislature’s carefully crafted religious accommodation.”
The lawsuit resulting in the appeal was filed in March 2016 by three couples, including two same-sex couples, against Marion Warren, the Director of the North Carolina Administrative Office of the Courts.  In their complaint, the plaintiffs alleged that the religious accommodations contained in the state law violate the First Amendment’s Establishment Clause.  Federal District Court Judge Max O. Cogburn, Jr., however, dismissed the case on the grounds that the plaintiffs lacked the “standing” required to bring the lawsuit.  The plaintiffs then appealed to the U.S. Fourth Circuit Court of Appeals in Richmond, VA.
In its brief supporting Marion Warren before the Fourth Circuit, the Thomas More Law Center argues that this attack on reasonable religious accommodations constitutes a full assault on the ability of persons of faith to obtain and maintain employment with governmental entities and agencies.  The case could even result in an undermining of all religious accommodation laws if the court of appeals revives the suit, thereby further silencing Christians and banishing them from the public square.
The amicus brief filed by TMLC acknowledges that all too often in modern America “the law is used as a bludgeon to punish those who refuse to express ideas inimical to their faith” as various forms of litigation and laws have targeted everything from Catholic hospitals to adoption services and homeless shelters because of their religious teachings, making the need to stop the assault on religious freedom all the more imperative.
Read TMLC’s full brief here.
© 2019 - Thomas More Law Center • 24 Frank Lloyd Wright Drive • Suite J 3200 • Ann Arbor, MI 48106 • Office: 734.827.2001 • Fax: 734.930.7160