ANN ARBOR, MI – The Thomas More Law Center (“TMLC”), last Friday, filed its Response in federal court opposing the U.S. Department of Justice’s (“DOJ”) motion to dismiss the lawsuit filed on behalf of the State of Tennessee challenging the federal government’s refugee resettlement program.  TMLC brought the lawsuit under the Tenth Amendment against the federal government to stop a mandate requiring states to fund welfare services for refugees brought to the United States through the federal refugee resettlement program.  The Tennessee General Assembly and two of its members, Sen. John Stevens and Rep. Terri Lynn Weaver, are also named as plaintiffs. 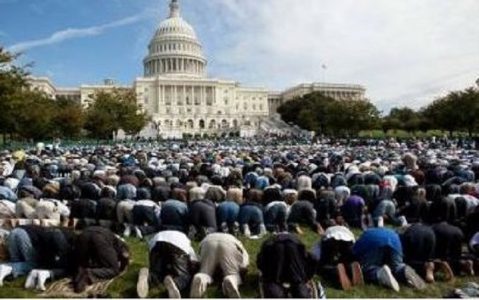 The DOJ, in addition to arguing that the Tenth Amendment places no limits on the federal government’s appropriation of state funds to support immigration programs, also asserted that state officials and the General Assembly could not even challenge the federal government’s actions in court.  TMLC’s response refuted these arguments, claiming the DOJ’s assertions would radically undermine state sovereignty and the right of state legislatures to spend state revenues according to the will of their constituents.

Taking a jab at the federal budget process, TMLC’s brief stated, “[u]nlike the federal government, the State of Tennessee must balance its budget.”

Current federal law favors refugees over other immigrants.  While individuals seeking to immigrate through the regular immigration process must show proof of self-sufficiency and a support system, refugees have no such obligation.  Additionally, while most immigrants are prohibited from receiving welfare services for years after immigrating, refugees are eligible for benefits immediately upon arrival in the United States.  When the Refugee Act of 1980 was first enacted, the federal government reimbursed states for their acknowledged expenses in resettling refugees.  Gradually, however, it forced that financial burden onto the states and now refuses to provide states any reimbursement of costs incurred as a result of the federal program.