A victory for Free Speech!  There is no denying it; Bill Donohue, President and CEO of the Catholic League, is one of the fiercest defenders of the Catholic Church on the planet.  I’m sure most of you have seen him on national TV, responding to controversial attacks made on the Church.  So, when he asked the Thomas More Law Center to defend him and the Catholic League in a defamation lawsuit, without hesitation we agreed. 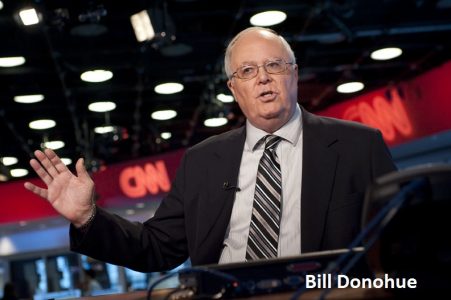 Beginning in 2014, the case wound its way through both the state and federal courts.  Yesterday, the 8th U.S. Court of Appeals ruled in favor of Bill Donohue and the Catholic League by affirming a lower court decision dismissing the defamation lawsuit.

Responding to the decision, Erin Mersino, the Thomas More Law Center attorney handling the case, commented: “The three-judge panel of the 8th Circuit reached the just result today.  The lawsuit filed by Jon David Couzens lacked legal merit and required dismissal of all claims.  The Thomas More Law Center exalts the court’s decision both as a victory for free speech and as a victory for our legal process that allows meritless and improper lawsuits to be dismissed at the earliest possible time.”

The plaintiff still has a right to seek review by the U.S. Supreme Court, but hopefully this decision ends the matter.

You can read the 8th US. Circuit Court opinion here.