The Thomas More Law Center, a national public interest law firm based in Ann Arbor, MI, late last week, filed a lawsuit against West Virginia Governor Earl Tomblin and several state officials to stop the state’s implementation of Common Core and its participation in the Smarter Balanced Assessment Consortium (“SBAC”).  The lawsuit claims that West Virginia’s funding and participation in Common Core violates the U.S. Constitution, as well as federal and state laws that prohibit the federal government from usurping control over public school education.  The lawsuit was filed in the Kanawha Circuit Court in West Virginia on behalf of two West Virginia taxpayers. 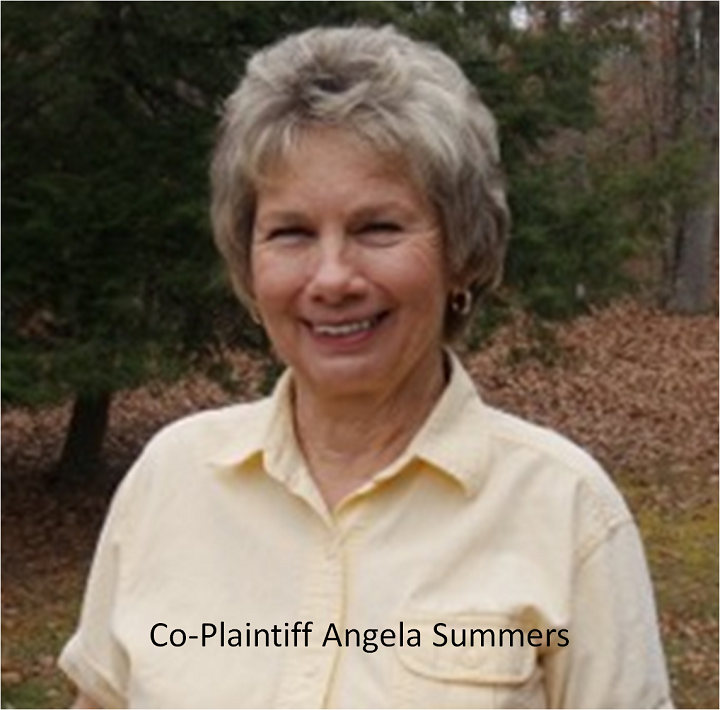 TMLC’s lawsuit seeks to stop West Virginia’s payment of membership fees of over $1.5 million per year on the grounds that SBAC, to which West Virginia is a member, is an unconstitutional compact because it was never approved by Congress. The Compact Clause of the United States Constitution provides that “[n]o state shall, without the consent of Congress . . . enter into any agreement or compact with another state.”

The two Plaintiffs named in the lawsuit, Angela Summers and Fred Dailey, are prominent members of West Virginia Against Common Core and for over two years have voiced deep concerns about their state’s participation in Common Core.

Summers has five grandchildren.    She began her battle against Common Core in 2013 over the new Common Core aligned math being taught to her grandchildren.  Her concerns grew as she became aware of the federal government’s intrusion into local classrooms, federalized collection of student data, and the requirement of excessive testing.  Summers says that the battle against Common Core is a battle “we cannot lose.  If we lose, we will lose our children.  If we lose our children, we will lose this nation.”

Dailey, who also has grandchildren, is an Environmental Engineer with a Masters degree. He worked as a Plant Manager for a major Chemical Manufacturing facility for 10 years prior to retiring. Dailey explains one of his reasons for getting involved in the lawsuit, “I strongly believe that the education of our children is best done locally with choices made by parents, teachers, and locally elected Boards of Education.”

The Thomas More Law Center and Sauer filed a similar lawsuit on behalf of state taxpayers against North Dakota officials five months ago.  A decision in that case is still pending.

Both the North Dakota and West Virginia lawsuits follow the success of a previous lawsuit filed by Mr. Sauer that stopped Missouri’s implementation of Common Core. That case is currently on appeal.  The Thomas More Law Center filed a friend of the court brief in support of upholding the Missouri district court decision.

Forty-three states initially joined either SBAC or the Partnership for Assessment of Readiness for College and Careers (“PARCC”), to implement Common Core under federal government oversight. However, several states have since canceled their membership due to growing opposition from parents and teachers.

Richard Thompson, President and Chief Counsel of the Thomas More Law Center, commented on behalf of the Law Center, “The unspoken agenda of Common Core is to undermine the fundamental right of parents to control the education of their children. It’s an insidious bureaucratic system in which the Federal Government takes control of what and how American students learn.  Teachers who complain about the Common Core are muzzled by threats of discipline or dismissal.”

In school districts across the country, administrators subject children, who obey their parents’ wishes and decline to participate in Common Core standardized testing, to unbelievable punishments.  Students have been suspended, refused entrance into their classrooms, refused bathroom privileges, stripped of their academic and extracurricular honors and awards, removed  from athletic participation, and punished with “sit-and-stare” policies. “Sit-and-stare” is a practice that forces students to sit at their assigned desk with no materials, books, or paper in silence for multiple hours during testing.

As a part of its efforts to help parents combat Common Core, the Thomas More Law Center developed a Test Refusal and Student Privacy Protection Form and a Common Core Resource Page as a general reference and guide.