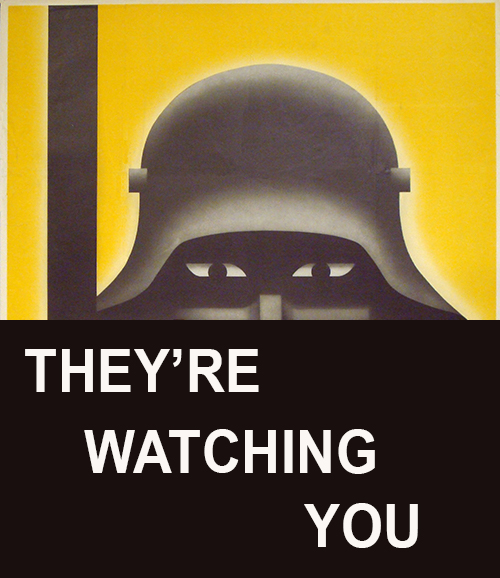 ANN ARBOR, MI—Watching, listening, tracking, and compiling secret dossiers on dissidents until they are finally accused and prosecuted—these are the police-state tactics one might associate with an authoritarian regime in a World War II movie.

Yet, these are the very methods the Thomas More Law Center (TMLC) has found are being used by Michigan Attorney General Dana Nessel acting in concert with the Michigan Department of Civil Rights and the Southern Poverty Law Center.

On February 19, 2019, the Southern Poverty Law Center (SPLC), a notorious and discredited radical left-wing anti-Christian organization, published its annual Hate Map report which listed 31 “hate” groups operating in Michigan in 2018.  Listed in that group as “ANTI-LGBT” was Church Militant, a nonprofit Michigan-based religious media organization which advocates traditional Catholic belief that marriage as instituted by God is for one man and one woman.

Three days later, on February 22, 2019, a disturbing joint news release by Attorney General Nessel and the Director of the Michigan Department of Civil Rights was issued referencing and linking to SPLC’s Hate Map. The joint release contained Nessel’s promise to establish a hate-crimes unit to fight against hate crimes and hate groups which have been allowed to proliferate in Michigan.

Nessel’s spokeswoman, Kelly Rossman-McKinney, noted that SPLC is a good place to start when investigating hate and bias.

The Director of the Civil Rights Department told a Detroit News reporter that the Department is creating a database which would document hate and bias incidents that don’t rise to the level of a crime or civil infraction.

Additional damning evidence of AG Nessl’s hostility toward traditional marriage was provided by the findings of Chief Judge Robert Jonker of the U.S. District Court for the Western District of Michigan. In a published 2019 legal opinion, Buck v. Gordon, Judge Jonker found that Nessel attempted to stop St. Vincent Catholic Charities from performing adoption and foster placement services because it professed the Catholic belief on marriage. Judge Jonker said that past statements by Nessel “raise a strong inference of hostility toward a religious viewpoint.”

Jonker concluded that “St. Vincent was targeted based on its religious belief, and it was Defendant Nessel who targeted it.”

Concerned that AG Nessel is continuing to weaponize the Attorney General’s Office to suppress religious beliefs in traditional marriage by threats of investigation and prosecution, the Thomas More Law Center, a national nonprofit public interest law firm based in Ann Arbor, Michigan, filed a request for records under the Michigan Freedom of Information Act (FOIA).

Using sham excuses, Nessel refused to supply crucial records that would shed light on her use of her law enforcement powers to target organizations that opposed her personal ideology supporting same-sex marriage.

TMLC filed a lawsuit in the Michigan Court of Claims on January 9, 2020, against Nessel for her refusal to comply with Michigan’s FOIA.

Richard Thompson, President and Chief Counsel of TMLC, which represents Church Militant and its Founder and President Michael Voris, commented: “This lawsuit is about the right of the people to know what their public officials are doing. We believe that Attorney General Nessel targeted Church Militant because of its stance on traditional marriage as she had done in the case involving St. Vincent.”

Continued Thompson: “The combination of actions by the Attorney General Nessel, the Department of Civil Rights and the Southern Poverty Law Center have a chilling effect on the freedom of speech and religion not only of Church Militant, but every religious group in Michigan that stands for traditional marriage.”

Without policies to adequately guide the actions of the Hate Crime Unit, it is free to roam about launching secret investigations against any organization based solely on the fact that it supports traditional marriage.

Consequently, it was easy for the Attorney General’s Office to claim that Church Militant was under investigation to avoid turning over records and to escape public scrutiny.

“Nessel has single-handedly turned the Attorney General’s Office into an instrument of thought control by intimidation, using its law enforcement powers to police the speech of Michigan residents.

“One of her primary goals is to suppress the religious definition of marriage that does not conform to her opinions on same-sex marriage,” Thompson said.

Church Militant, headquartered in Ferndale, Michigan, reports on current events around the world from a Catholic perspective. Defending the institution of marriage as between one man and one woman has always been a major theme of its video broadcasts and written reports, which are viewed by millions of people throughout the world via its website and YouTube channel.

The Thomas More Law Center, based in Ann Arbor, Michigan, defends and promotes America’s Judeo-Christian heritage and moral values, including the religious freedom of Christians, time-honored family values, and the sanctity of human life.  It supports a strong national defense and an independent and sovereign United States of America.  The Law Center accomplishes its mission through litigation, education, and related activities.  It does not charge for its services.  The Law Center is supported by contributions from individuals, corporations and foundations, and is recognized by the IRS as a section 501(c)(3) organization.  You may reach the Thomas More Law Center at (734) 827-2001 or visit our website at www.thomasmore.org.