ANN ARBOR, MI – The Thomas More Law Center (“TMLC”), a national public interest law firm based in Ann Arbor, Michigan, on December 19, 2018, filed an amicus brief in the U.S. Supreme Court, in support of the forty-foot Bladensburg Peace Cross, erected nearly a century ago.  The Cross was erected by the American Legion and the grieving mothers of the forty-nine soldiers from Prince George County, Maryland, who were killed in World War I, in commemoration of their service to the Nation. 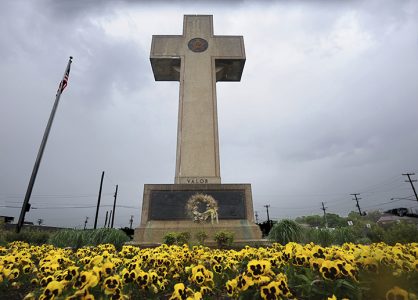 Nevertheless, the Fourth Circuit Court of Appeals ruled that the Cross must be removed or destroyed as a result of a federal lawsuit brought by three atheists who occasionally drove past the cross and claimed they were offended. Agreeing with the atheists, the Court held that the Cross violated the Establishment Clause of the U.S. Constitution. The Court found that the cross is the “preeminent symbol of Christianity,” and that while the cross may generally serve as a symbol of death and memorialization, it only holds that value because of its affiliation with the crucifixion of Jesus Christ.

However, TMLC’s brief pointed out:

“Allowing a historic war memorial to be destroyed to quell some momentary discomfort plaintiffs feel when they drive past the Bladensburg monument would do real and lasting harm to this country; it would send a message of disrespect to our fallen soldiers and their families, and it would deprive future generations of a treasured piece of history.”

In 1920, a mother of one of the men honored by the monument, wrote in a letter to a US senator, “…the chief reason I feel so deeply in the matter my son, Wm. F. Redman lost his life in France and because of that, I feel that our memorial cross is in a way his grave stone.”

“[T]he Bladensburg Memorial should be treated with a sense of reverence and respect that acknowledges its commemorative purpose.  Much like an actual gravestone, the Bladensburg Memorial provides a visible record of the heroic deaths of the men whose names are etched into it.  Preserving the memory of these men and their sacrifice was crucial to the generation that knew them.”

The Bladensburg Peace Cross stands on land at a busy intersection in Maryland and sits on a rectangular base which includes the words “Valor,” “Endurance,” “Courage,” and “Devotion.”

The Cross also contains a bronze plaque stating, “This Memorial Cross Dedicated to the Heroes of Prince George’s County, Maryland Who Lost Their Lives in the Great War for the Liberty of the World.” The plaque also includes the names of the forty-nine soldiers memorialized by the monument and a poignant quote from President Woodrow Wilson: “The right is more precious than the peace. We shall fight for the things we have always carried nearest our hearts. To such a task we dedicate our lives.”

Clearly, the use of the Cross reflected the custom in Europe during World War I where the cross became the principal grave marker in cemeteries where soldiers were buried as described in the opening lines “In Flanders Fields,” a famous poem of the time whose opening line begins “In Flanders fields the poppies blow, between the crosses, row on row.”

TMLC claims that the Fourth Circuit Court of Appeals decision ordering the removal or destruction of the Bladensburg Cross simply because it is a religious symbol of Christianity, shows a hostility toward religion, particularly Christianity, not intended by the Constitution, and puts at risk hundreds of memorials with similar symbols including those at Arlington National Cemetery where crosses of comparable size commemorate America’s fallen soldiers.

TMLC writes, that in this case, the primary purpose of the Latin cross is to honor the dead using a historical symbol of death and sacrifice. The decision to destroy this memorial, simply because the plaintiffs claim to be offended by the memorial’s Latin cross, evidences an intolerance to Christianity that is wholly inconsistent with our nation’s history and with the purpose and meaning of the First Amendment’s Establishment Clause.

TMLC seeks to preserve the Bladensburg memorial to respect the decision of the bereaved parents, who nearly a century ago chose to honor their deceased children with the monument as it currently stands.