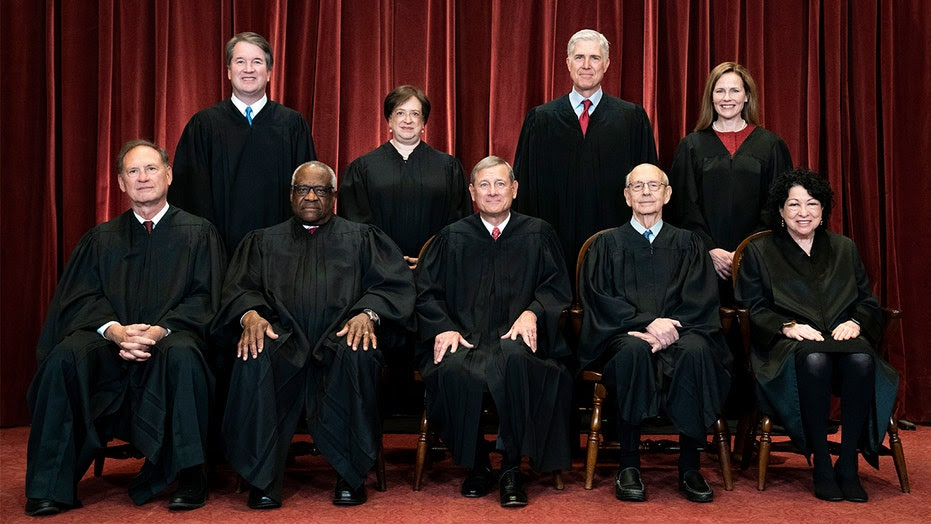 Today, the U.S. Supreme Court (SCOTUS) issued a landmark First Amendment decision holding that Americans are free to support nonprofit organization without fear of harassment. In 2015, a federal lawsuit was filed against then-California Attorney General (AG) Kamala Harris, who had threatened severe sanctions against the Thomas More Law Center (TMLC) if names and contact information of its major donors were not disclosed to her office.

“When it comes to the freedom of association,” Chief Justice Roberts wrote in the Court’s opinion, “the protections of the First Amendment are triggered not only by actual restrictions on an individual’s ability to join with others to further shared goals. The risk of a chilling effect on association is enough, because First Amendment freedoms need breathing space to survive.”

Richard Thompson, TMLC’s President and Chief Counsel, hailed the Supreme Court’s ruling as a “landmark victory for the First Amendment.” He said, “Today’s victory is attributable to the superb legal work of attorney John J. Bursch and the Alliance Defending Freedom (ADF) legal team who represented TMLC in the Supreme Court, as well as San Francisco-based attorney Louis H. Castoria, who singlehandedly tried the case in the federal district court against a phalanx of California assistant district attorneys.”

Bursch, ADF senior counsel and Vice President of Appellate Advocacy, said, “The Court has confirmed that every American is free to peacefully support causes they believe in without fear of harassment or intimidation.”

On March 24, 2015, then-California AG Harris threatened in a letter to TMLC that if the Law Center did not provide her office with a list of its major donors within 30 days, the Law Center could lose its right to solicit donations in California and TMLC’s officers and tax preparers could be held personally liable for any penalties. Rather than comply under threat, TMLC filed a federal case claiming the AG was violating TMLC’s and its donors’ First Amendment rights of free speech, freedom of association, and the free exercise of religion, citing the 1958 SCOTUS ruling in NAACP v. Alabama as precedent.

A 3-day bench trial was held by Federal District Court Judge Manuel Real beginning on September 13, 2016. Auditors and investigators from the AG’s office testified that they never had a complaint against TMLC; they have never investigated TMLC; and they do not normally use major donation reports to start investigations.

On November 16, 2016, Judge Real permanently enjoined the AG from requiring TMLC to file a copy of its major donor list. The AG appealed Judge Real’s decision to the Ninth Circuit Court of Appeals, which vacated the injunction. On August 26, 2019, TMLC asked the U.S. Supreme Court (petition for certiorari) to review the Ninth Circuit’s ruling. The Supreme Court agreed, and on April 26, 2021, the Court heard oral arguments on the case.

In the Internet Age, where doxing one’s opponents has led to job loss, boycotts, ostracization, and violence, the fear of such repercussions should one’s charitable contributions become public could be enough to stymy giving, leaving the personal beliefs of many Americans to go unrepresented in the public square. While TMLC is considered by the media as a conservative Christian organization, an array of organizations across the political spectrum filed amicus briefs in support of the First Amendment arguments being made by the Thomas More Law Center.