Muslims are not arriving on American shores to assimilate, but to conquer.  This week, Alabama became the second state to challenge the federal Refugee Resettlement Program. But, like Texas’ suit before it, Alabama’s will not stop the influx of potentially dangerous Muslim refugees like the ones already overrunning and terrorizing Europe. 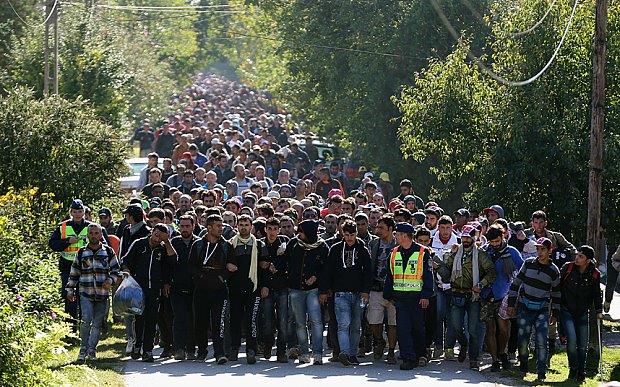 Merely filing a lawsuit asking the federal government to “consult” with them before resettling refugees gives the appearance of action, but in the long run does very little to stem the flow of refugees into the state.

I spoke with Michael Patrick Leahy at Breitbart and Leo Hohmann at World Net Daily  about just why Alabama’s suit is insufficient. And why the Thomas More Law Center’s plan to stop the influx of Muslim refugees based upon the Tenth Amendment is the only effective way to prevent the destruction of America’s culture and Constitutional foundation and values.

The Thomas More Law Center is always battle ready to defend America. Now we stand ready to defend our nation from the threat of the Muslim Invasion disguised as Refugee Resettlement.

Read my statements at Breitbart.