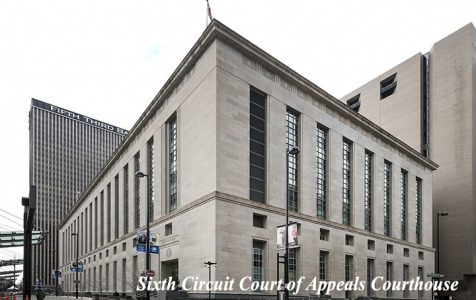 In a case with critical constitutional implications for the principles of federalism and state sovereignty, a three-judge panel of the Sixth Circuit Court of Appeals heard oral arguments Tuesday morning on Tennessee’s challenge to the federal refugee resettlement program.

Attorney John Bursch appearing for the Thomas More Law Center, argued on behalf of Tennessee’s General Assembly, while DOJ attorney Samantha Lee Chaifetz argued for the Federal Government. Each side had 15 minutes to present its case. Mr. Bursch took 10 minutes for his initial presentation and reserved 5 minutes for rebuttal.

Both lawyers were peppered with questions by Judge Boggs. By the end, it still remained unclear whether the judges were leaning towards one side or the other.

However, I have linked below to the court-provided audio of the entire oral argument, so you can judge for yourself.  Also, separately linked is Mr. Bursch’s 5-minute rebuttal which counters the arguments made by the Federal Government.

Listed below are some salient quotes from Mr. Bursch’s argument to the 3-judge panel:

Click here to listen to the entire oral argument