Today is the 77th Anniversary of the December 7, 1941 Japanese surprise attack on Pearl Harbor. It occurred at 7:55 a.m. HST. 2,403 Americans were killed and 1,178 were wounded. Japanese planes also sank or damaged 19 U.S. warships and destroyed more than 160 U.S. aircraft.

Addressing a Joint Session of Congress the next day, President Franklin D. Roosevelt called it “a date which will live in infamy.”

We remember and honor the Americans who were killed and wounded on that date. 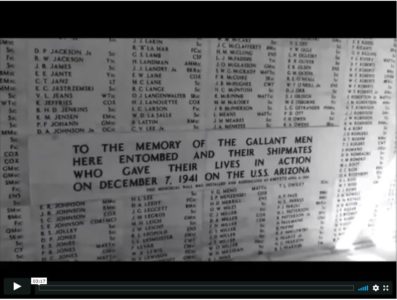