“These are the times that try men’s souls: The summer soldier and the sunshine patriot will, in this crisis, shrink from the service of his country, but he that stands it now, deserves the love and thanks of man and woman.” 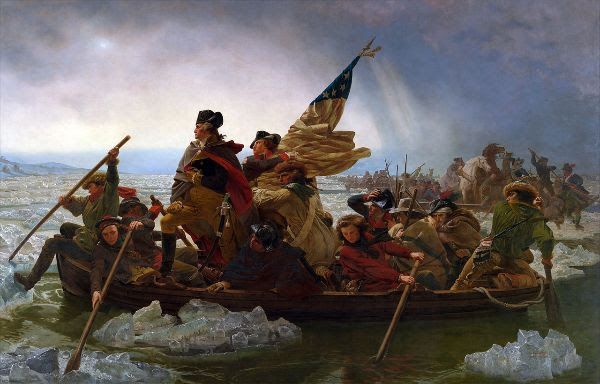 Two hundred and forty-four years ago, today, in the early morning hours of December 26, 1776, General George Washington and his 2,400 weary men climbed onto boats, crossed the howling, ice-covered Delaware River and defeated a large force of Hessian mercenaries in the surprise attack. His bold plan saved the American Revolution, which was on the verge of collapsing after only six months.

Although demoralized by defeats and desertions, that morning Washington’s army fought with renewed zeal inspired by Tom Paine’s words, “These are the times that try men’s souls . . . but he that stands it now, deserves the love and thanks of man and woman.”

Today, America is facing another crisis. It’s a crisis of anarchy and self-destruction incited by foreign governments, radical left-wing politicians and our own corrupt institutions. The sacrifices of those early American Patriots and the generations of patriotic Americans that followed them ensured for us the God-given rights of freedom. You and I now have a sacred obligation to pass on that gift to future generations.

Momentous battles lie ahead in 2021. Your past generous financial support has helped the Thomas More Law Center to engage in the legal battles to maintain a strong and free America, and to restore and preserve our Nation’s Judeo-Christian heritage and moral values.

So, as 2020 draws to a close, please consider making another sacrifice—a special year-end, tax-deductible gift to the Thomas More Law Center. You must make your donation by December 31, 2020 in order for it to be deductible on your 2020 Federal tax return.

If you have already given your year-end donation, thank you.

Thank you for your consideration.

Wishing you a Merry Christmas and Happy New Year.

God bless you and your loved ones. God bless America.