ANN ARBOR, MI – The Thomas More Law Center (TMLC), a national public interest law firm based in Ann Arbor, MI, has taken legal action to stop the ongoing intimidation and harassment of groups opposed to transgenders serving in the military. Yesterday, TMLC filed a motion on behalf of the Center for Military Readiness (CMR) in the Federal District Court for the Eastern District of Michigan to stop an effort by LGBT (lesbian, gay, bisexual, transgender) activist groups and transgender individuals to compel compliance with a staggering subpoena for the production of documents served on CMR on May 3, 2018. 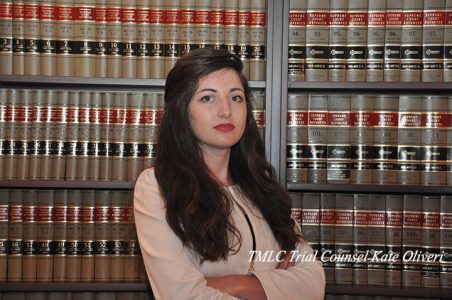 Kate Oliveri, TMLC Trial Counsel and the principal attorney representing CMR, stated: “This intrusive subpoena seeks information irrelevant to the underling case in which CMR has no part. It is an example of those pushing identity politics attempting to bully and silence any opposition through an abuse of the legal process.”

The subpoena controversy arises out of a federal lawsuit, Ryan Karnoski, et al., v. Donald J. Trump, et al., filed in a Federal District Court located in the State of Washington, by several transgender individuals and major national LGBT activist groups to stop enforcement of President Trump’s August 2017 ban on transgenders serving in the military. CMR is not a party in that lawsuit and did not have any official or unofficial role in developing or implementing President Trump’s transgender ban.

Nevertheless, the LGBT-Plaintiffs served a broad-ranging subpoena on CMR located in Michigan, commanding it to search all its records and electronic files for documents and communications generated in the past 36 months, from June 16, 2015 (the day Trump announced his candidacy) to the present, between CMR and the President, Vice President and the Defense Department, relating to public policy on transgenders in military service or transgender people in general.  Plaintiffs hope to uncover proof that President Trump’s order banning transgenders from serving in the military was motivated by “animus against transgenders” communicated to him by non-party groups like CMR and others.

The LGBT-Plaintiffs filed the motion to compel production of the alleged documents after CMR filed written objections to their subpoena.

Elaine Donnelly is the President of the Center for Military Readiness which she founded in 1993. CMR is an independent, non-partisan, public policy organization that promotes sound principles of unit cohesion, mission readiness, and combat lethality. Donnelly believes that policies should be based on empirical evidence derived from actual experience, not sociological theories and misguided political goals.

Commenting on the LBGT motion to compel production, Donnelly stated: “Their subpoena seeks to violate our First Amendment right to free speech, and to punish CMR for engaging in public policy discussions as an independent source of information and analysis. CMR refuses to be intimidated, silenced or deterred from our mission.”

Donnelly added, “Equal opportunity is important, but if there is a conflict between career considerations and military necessity, the needs of the military and the nation must come first.”

There is a concerted national effort by LGBT activist organizations to overturn President Trump’s ban on transgenders serving in the military. Federal lawsuits challenging the ban have been filed against President Trump in the states of Washington, California, Maryland and in Washington D.C. Three subpoenas were served on CMR, two emanating out of the Washington D.C. case, and one out of the State of Washington case. CMR filed written objections to all three subpoenas. However, a motion to compel CMR to produce the documents was filed only in the State of Washington case.

The demands on CMR to comply with the Subpoena are staggering:

According to the Plaintiffs, the definition of the word “communication” means: any transmission by one or more persons to one or more persons by any means including, without limitation, telephone conversations, letters, telegrams, teletypes, telexes, telecopies, e-mail, text messages, computer linkups, written memoranda, and face-to-face conversations; “communication” includes all documents and electronically stored information (“ESI”) containing, summarizing, or memorializing any communication.

CMR opposes the LBGT-Plaintiffs’ motion to compel discovery on the grounds that such discovery is irrelevant and out of proportion to the needs of Plaintiffs’ case, imposes an undue burden on CMR, and infringes on CMR’s First Amendment Rights under the U.S. Constitution.