ANN ARBOR, MI – In what could have far reaching implications for all states seeking to withdraw from the federal refugee resettlement program, the Thomas More Law Center (“TMLC”) collaborating with attorney John Bursch, filed a certiorari petition Monday, March 16 in the U.S. Supreme Court. The petition asks the Court to hold that the Tennessee General Assembly has standing to challenge the constitutionality of the federal government’s forced state funding of the federal refugee resettlement program. ​ 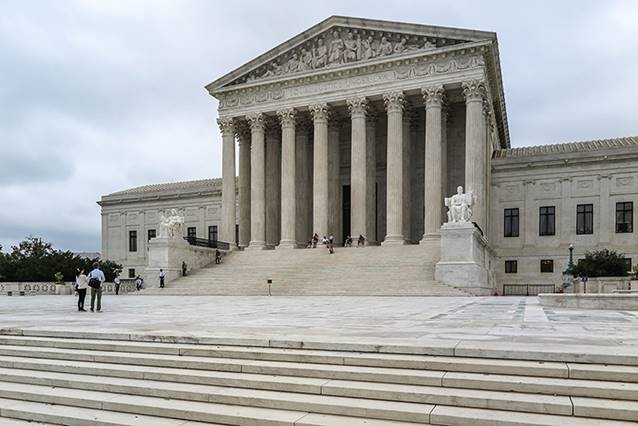 The Thomas More Law Center (“TMLC”) is a national nonprofit public interest law firm based in Ann Arbor, Michigan. Both TMLC and Mr. Bursch are representing Tennessee without charge.

The petition argues that the issues presented in the Tennessee case cut to the core of the Constitution’s protection of states against overreach by the federal government. The Constitution does not give Congress the authority to appropriate state funds, contrary to the wishes of the state, to fund a federal program.

According to the petition: “If a state legislature cannot vindicate its rights in court when the federal government picks the state’s pocket and threatens the state if it dare stop providing funds, then federalism is a dead letter.”

The petition seeks to overturn a Sixth Circuit Court of Appeals decision which ruled that the General Assembly does not have institutional standing to challenge the constitutionality of the resettlement program. The cert petition does not challenge the federal government’s right to resettle refugees in Tennessee. What it objects to is forcing Tennessee taxpayers to pay the costs of the resettlement.

Richard Thompson, president and chief counsel of TMLC, noted: “From the beginning, opposition to the federal refugee resettlement program has been about protecting Tennessee’s state sovereignty from impermissible federal interference. The federal government cannot simply commandeer state tax dollars to fund a purely federal program to extend benefits to noncitizens.”

Between 2007 and the end of 2019, resettlement agencies pumped more than 15,000 refugees into Tennessee cities and towns. They came from Afghanistan, Bosnia, Burma, Central African Republic, Congo, Eritrea, Iran, Iraq, Somalia, Sudan 3 and many other countries. They often arrive from United Nations camps in poor health, with no job skills or English-language abilities.

The resulting cost to state taxpayers amounted to tens of millions of dollars. In 2015 alone, the refugee-related Medicaid costs paid by Tennessee tax dollars topped $30 million.

Instead of resolving the merits of Tennessee’s claim, the Sixth Circuit Court of Appeals sidestepped the pivotal constitutional issue concerning federalism by ruling that the Tennessee General Assembly lacked standing to bring its lawsuit.

“The General Assembly is an institutional plaintiff asserting an institutional injury; the federal government has co-opted the General Assembly’s appropriation power and impaired its obligation to enact a balanced state budget. That is because the federal government can siphon state funds—to help pay for a federal program from which Tennessee has withdrawn.”

TMLC originally filed the federal lawsuit in March 2017 on behalf of the State of Tennessee, the Tennessee General Assembly, and state legislators Terri Lynn Weaver and John Stevens challenging the commandeering of millions in state taxpayer dollars for a purely federal program.

A U.S. district court judge dismissed the case on the federal government’s motion. The Sixth Circuit affirmed the lower court’s dismissal on the sole grounds that the General Assembly lacked standing. It never reached the merits of the case.

The Supreme Court now has a chance to shed light on the proper role of the states relative to the federal government—which is the bedrock constitutional principle of federalism.

And without any waiting period they can automatically apply for all welfare programs provided by the State of Tennessee.