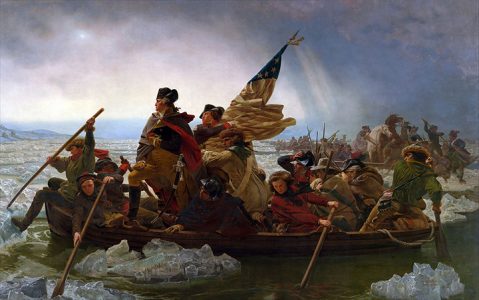 Six months after America declared her independence from Great Britain, the American Revolution was all but lost. It was an American crisis. George Washington’s Army was chased out of New York and New Jersey. It had lost every battle against the British. Starting out with 20,000 men and 300 cannons, he was left with 2,000 men and 18 cannons. In a few days the enlistment of the remaining half of his Army would expire.

But Washington refused to let the Revolution die. His daring plan was to cross the Delaware River on Christmas night and mount a surprise attack against the most feared Hessian soldiers. He moved his men, horses and cannons on shallow bottom cargo boats, challenging the howling winds, a blinding snow storm and ice flows. The surprise attack on Christmas day 1776 was a resounding success. It saved the Revolutionary War and ensured the freedom we enjoy today.

Yet, America’s existence is threatened with another crisis, one that is spiritual. And it’s your turn to keep alive Washington’s dream and the dream of those patriotic men and women who endured the Christmas day battle of 1776.

Make a special year-end tax-deductible gift to the Thomas More Law Center. You must make your donation by December 31, 2019, for it to be deductible on your 2019 federal tax return.

Thank you for your consideration. Wishing you and your loved ones a Happy New Year.