As we celebrate our nation’s birthday, it is fitting to reflect on the constitution that guides our democracy, and to appreciate the role ‘of the people’ in protecting and sustaining it.

Abraham Lincoln said, “As the patriots of seventy-six did to the support of the Declaration of Independence, so to the support of the Constitution and laws let every American pledge his life, his property, and his sacred honor — let every man remember that to violate the law is to trample on the blood of his father, and to tear the charter of his own and his children’s liberty..”

I want to take this time to remember the sacrifice made by LtCol Jeffrey Chessani, USMC, who the Thomas More Law Center was privileged to 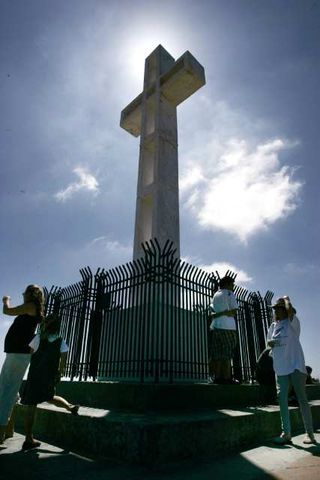 defend against politically motivated criminal charges.  LtCol Chessani honorably served three tours of duty in Iraq and was considered one of our Nation’s most effective combat commanders.  Yet he was made a political scapegoat to appease anti-war politicians.

We also remember the sacrifices of Captain Michael Martino, USMC, and Major Gerald Bloomfield, USMC, who died in Iraq in defense of our country.  Their sacrifices are memorialized at the foot of the Mt. Soledad Cross, which the Law Center continues to defend today, against attacks by the ACLU.

Our dearly bought liberty is now in danger from enemies within our gates as well as from abroad.  Today, America stands alone as the last great Civilization.  This is a time for Patriotic Americans to take action.

In the words of President George Washington, “The preservation of the sacred fire of liberty, and the destiny of the Republican model of Government, are justly considered as deeply, perhaps as finally staked, on the experiment entrusted to the hands of the American people.”

Best wishes for a safe and happy Independence Day.  May God continue to bless America!