The Thomas More Law Center (TMLC), a national, nonprofit public interest law firm based in Ann Arbor, MI held a press conference yesterday to reveal its national legal strategy to combat the slew of recent federal court rulings which have overturned state laws defining marriage as the union of a man and a woman. 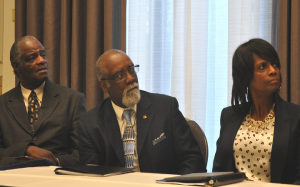 Richard Thompson, President and Chief Counsel of the Thomas More Law Center disclosed that a legal team has been formed to file friend-of-the-court briefs (amicus briefs) on behalf of a Coalition of African-American pastors and Christian leaders.  The legal team consists of the Law Center’s senior trial counsel, Erin Mersino, and co-counsels William R. Wagner and John S. Kane of Lansing, MI.

Thompson explained, “In its briefs, the Law Center reflects the voice of a majority of African-Americans that discrimination because of one’s sexual preference is not the same thing as racial discrimination and that tradition and morality should not be discarded as a basis of the law; as the pro-homosexual judges have done in their opinions.”

Several pastors representing the African-American community spoke at the press conference, including Bishop Samuel Smith, and Pastors Danny Holliday and Emery Moss. Evangelist Janet Boynes, a former lesbian and a member of the group, also spoke.  In eloquent and at times fiery words, they all defended the definition of marriage as the union of a man and a woman.

Additionally, the Thomas More Law Center has filed an amicus brief in Deboer v. Snyder, an appeal of a Detroit federal court decision overturning Michigan’s law on traditional marriage.  That case is awaiting a ruling from the Sixth Circuit Court of Appeals. 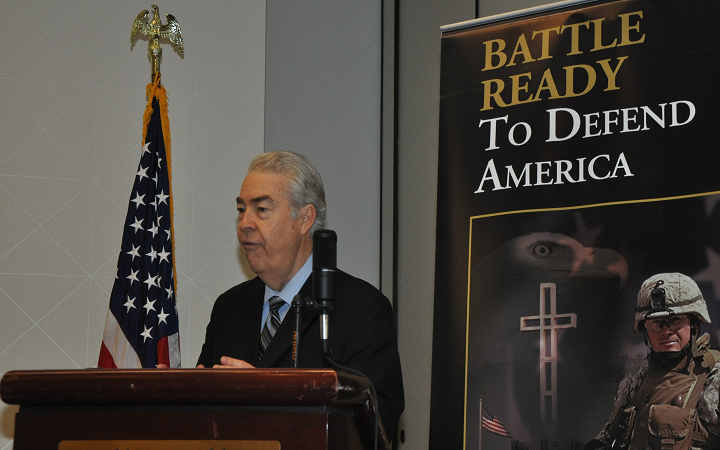 Bishop Samuel Smith, of the Apostolic World Christian Fellowship consisting of 25, 000 churches worldwide representing over 5 million laity, stated: “Every once in a while, the homosexual agenda makes an effort to redefine morality, but history tells us, that every culture that has embraced a homosexual culture has suffered decadence, depravity, and decline.”

Evangelist Janet Boynes, a former lesbian and member of the Coalition related from her own experience, “There is no substitution for the role of a father and a mother. I know this to be true. I was in a homosexual lifestyle with a woman who had two children and I tried to fulfill the role of a dad. As time went on, I realized that I wasn’t equipped nor built to be a daddy.”

Thompson commented, “The Law Center will continue to file amicus briefs in several significant cases concerning the definition of marriage in order to convey the unique voice of the African-American Christian community on this issue crucial to the survival of our families, culture and nation