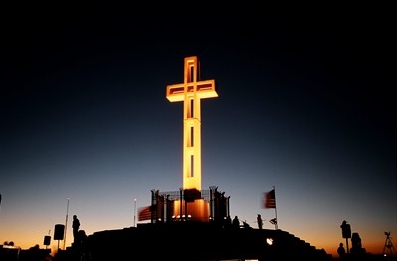 2004 to save the Mt. Soledad Cross, the Thomas More Law Center, today filed a friend of the court brief in support of the Government’s effort [click here for brief] to overturn a Ninth Circuit Court of Appeals decision that ordered the Cross’s removal. The Cross is the centerpiece of the Mount Soledad Veteran’s Memorial on an 822-foot high hill in San Diego, California, read TMLC brief here.

The Law Center’s brief was filed on behalf of Rear Admiral Jeremiah Denton (USN Retired), Chairman of the Law Center’s Citizens Advisory Board, and Sybil and Robert Martino, parents of then Captain Michael D. Martino, USMC, and Julie Bloomfield, the wife of Major Gerald Bloomfield II, USMC. Both Captain Martino and Major Bloomfield were killed in action on November 2, 2005 during operations in Iraq. All three service members have plaques commemorating their service to our nation at the foot of the Cross. 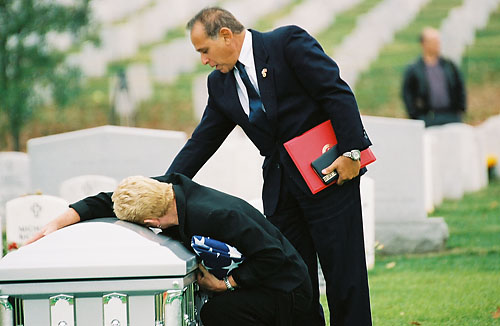 The purpose of the Law Center’s brief is to provide a voice to the Court that is often not heard, the voice of those who will be truly harmed by the destruction of war memorials simply because they contain a religious symbol. Most Americans understand that memorials, with religious symbols do not establish a religion, but honor self sacrifice, as well as provide comfort to those who have lost a loved one in battle.

In 2004, both the City of San Diego and the Memorial Association had given up the fight and agreed to remove the Cross in order to settle the legal battle that had been going on for 15 years. However, just weeks before that agreement was executed, the Thomas More Law Center stepped in on behalf of a former Korean War Navy pilot and took over the defense of the Cross. 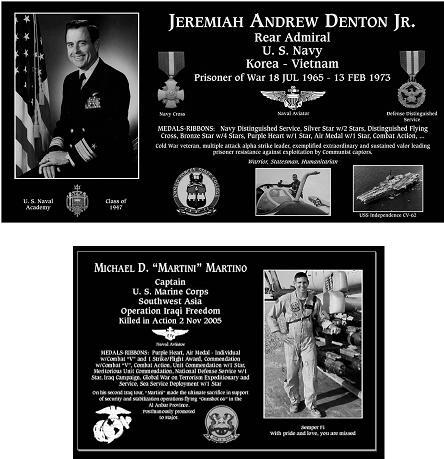 Through a series of legal maneuvers with the invaluable assistance of the Law Center’s West Coast Director, Charles LiMandri and others, the Law Center was able to get Congress to declare the Mt. Soledad Cross a National Veteran’s Memorial. Nevertheless, a federal judge ordered San Diego to remove the Cross within 90 days or pay $5,000 per day if the Cross was not removed within that time. This time, the Law Center went to the U.S. Supreme Court and obtained an emergency stay of that order, saving the Cross in both the state and federal appellate courts.

The concrete Cross was erected in 1954 by the Mount Soledad Memorial Association. It is 29 feet tall and sits on a 14 foot base. The six concentric walls surrounding it display more that 2100 plaques and commemorate individual veterans or veteran groups. The Cross was first challenged in court in 1989. To avoid the legal challenges, Congress ultimately designated the Cross as a memorial to all veterans of all wars, including the War on Terrorism.

Because the Memorial was taken over by the federal government, ACLU attorneys filed a new lawsuit to remove the Cross, this time against the federal government with new plaintiffs. The Federal District Court held that there was no establishment clause violation because Congress acted in a clear cut secular purpose to preserve the site as a Memorial and the primary effect of the Memorial is patriotic and nationalistic. However, the Ninth Circuit Court of Appeals reversed the lower court’s decision, holding that the Memorial as configured primarily conveys a message of government endorsement of religion.
Clearly, the Mt. Soledad Cross would have been torn down in 2004 had not the Thomas More Law Center intervened in the case. The attorney representing the original atheist-Plaintiff who ultimately failed in his attempt to destroy the Cross admitted – Thomas More Law Center is responsible for the Cross.

Admiral Denton, Jr. first came to the attention of the American public during a television interview arranged by his North Vietnamese captors in 1966. Expected to give “proper responses” to a journalist’s recitation of alleged American war atrocities, Denton responded that he believed in the position of his government and stated that “I will support it as long as I live.” Throughout the interview while responding to questions, Denton blinked his eyes in Morse Code repeatedly spelling out the covert message “TORTURE.” His message was the first confirmation that American POWs were being mistreated. Jeremiah Denton was subjected to severe torture during his nearly eight years as a POW. He became the first American military captive to be subjected to four years of solitary confinement.

President Ronald Reagan recognized Admiral Denton in his 1982 State of the Union Address as one of America’s great heroes: “We don’t have to turn to our history books for heroes. They’re all around us. One who sits among you here tonight epitomized that heroism at the end of the longest imprisonment ever inflicted on men of our Armed Forces.” Admiral Denton has spoken widely on the need to restore America’s founding principles by adopting laws and policies that reflect obedience to the will of God.