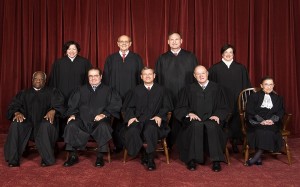 Today’s court decision is welcome news for the Thomas More Law Center (TMLC), a national public interest law firm based in Ann Arbor, Michigan which has a pending case in the Maine Federal District Court challenging the City of Portland, Maine’s ordinance that sets up a 39-foot buffer zone around that City’s  sole abortion facility.  Violation of the ordinance subjects the offenders to a minimum fine of $100 dollars.

Just one week prior to the decision, Thursday, June 19, 2014, U.S. District Court Judge Nancy Torresen heard oral arguments from TMLC attorney Erin Kuenzig on a motion filed by TMLC seeking a preliminary injunction of the Portland Buffer Zone ordinance.   During Thursday’s arguments, Judge Torresen suggested that the outcome of the case as well as the motion for preliminary injunction likely hinged upon the Supreme Court’s decision in McCullen.

Responding to today’s Supreme Court decision in Coakley, Kuenzig commented, “This is a clear message to other states and municipalities that they may not take the extreme step of closing a substantial portion of a traditional public forum to all speakers simply because this extreme step would be easier than enforcing other less restrictive laws that already exist. The First Amendment deserves greater protection.”

Since November 18, 2013, when the Portland City Council enacted the 39-foot no-entry “buffer zone” around the abortion facility, pro-life sidewalk counseling has been effectively curtailed because pro-life advocates, including TMLC’s plaintiffs Leslie Sneddon and Marguerite Fitzgerald and her family, are forced to stand across the street from the abortion facility, separated from anyone entering the clinic by busy traffic.

Kuenzig continued, “With today’s Supreme Court decision, I am confident that Ms. Sneddon and the Fitzgeralds will soon be able to continue their loving message with information and counseling about abortion alternatives, without fear of being fined, to women who may be contemplating abortion.”