ANN ARBOR, MI – Kathleen Lorentzen, a Catholic and licensed clinical social worker was told by her supervisor that she had to be “a social worker first and a Catholic second,” and was fired because she refused to compromise the Catholic faith which teaches that marriage is between one man and one woman. Mrs. Lorentzen had an exemplary employment record of providing psychological counseling for over 20 years to a diverse group of patients. But despite her outstanding record, her former employer, HealthSource Saginaw (“HealthSource”), located in Michigan, terminated her. 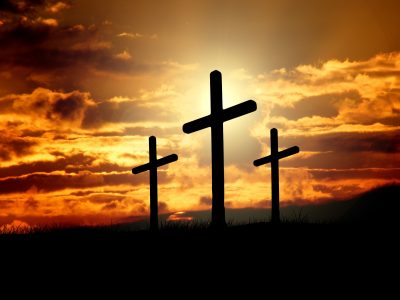 The Thomas More Law Center (“TMLC”), a national nonprofit public interest law firm based in Ann Arbor, Michigan, filed a federal lawsuit on Friday, May 11, against HealthSource on behalf of Mrs. Lorentzen for violation of civil rights under Title VII of the Civil Rights Act of 1964 as well as Michigan state law.

TMLC Senior Trial Counsel Tyler Brooks said, “This case shows that people of faith are under assault in the workplace. The fact is, however, that Christians need not choose between their faith and their jobs. Despite what many would have us believe, discrimination against Christians is a civil rights violation that will subject employers to legal liability.”

The events that led to Mrs. Lorentzen’s termination began after she was referred a gay couple seeking marriage counseling, whom she saw on two occasions last summer. Though Mrs. Lorentzen has counseled many gay patients in her career, she felt that she could not see this couple any further for marriage counseling because doing so would violate her religious beliefs and practices regarding the sanctity of marriage as the union between one man and one woman.

Mrs. Lorentzen’s supervisor, though, became angry with her when she asked to refer the couple to another therapist, as was her right under Title VII. Federal civil rights law generally requires employers to reasonably accommodate an employee’s religious beliefs so long as doing so would not impose an undue hardship. In this case, the couple could have easily been referred to another therapist.

After this initial meeting, Mrs. Lorentzen was called into a second meeting with the same supervisor as well as HealthSource’s outpatient manager. In this meeting, Mrs. Lorentzen was aggressively interrogated about her faith and her work at HealthSource. At one point, one of the men dismissively referred to the teachings of the Catholic Church by saying, “They are just priests.”

Soon thereafter, Mrs. Lorentzen received a letter in the mail informing her that she was being terminated in 30 days. As described in the complaint, the decision to terminate Mrs. Lorentzen was based on her religion as well as her request for an accommodation under the law and her opposition to being discriminated against on the basis of her religion.