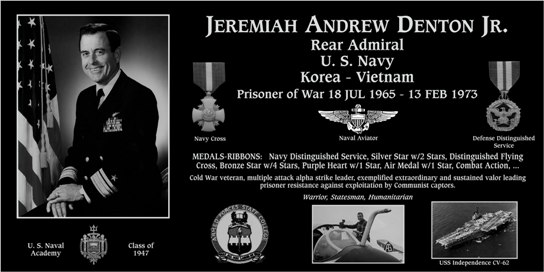 American Hero, Friend and Chairman of the Thomas More Law Center Citizens Advisory Board Rear Admiral (Retired) Jeremiah A. Denton, Jr, passed away Friday March 28, 2014 at the age of 89 at a hospice due to complications from a heart ailment.

We are deeply saddened by the passing of this true American hero.

Jeremiah A. Denton, Jr. first came to the attention of the American public during a television interview arranged by his North Vietnamese captors in 1966 (see video). Expected to give “proper responses” to a journalist’s recitation of alleged American war atrocities, Denton responded that he believed in the position of his government and that “I will support it as long as I live.” Throughout the interview while responding to questions, Denton blinked his eyes in Morse Code repeatedly spelling out the covert message “TORTURE.” His message was the first confirmation that American POWs were being mistreated. Jeremiah Denton was subjected to severe torture during his nearly eight years as a POW. He became the first American military captive to be subjected to four years of solitary confinement. Denton’s extraordinary account of endurance and religious faith while imprisoned in Vietnam was told in his 1976 book “When Hell Was in Session.” 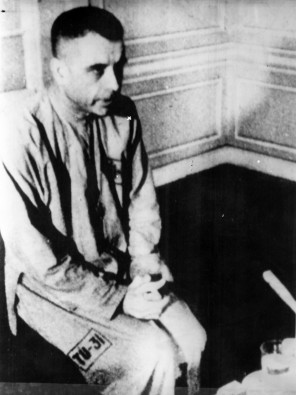 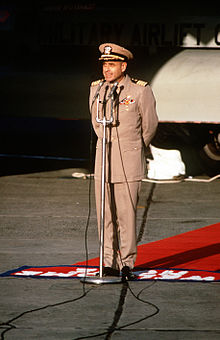 After his release in 1973, Denton continued his military career ultimately achieving the rank of Rear Admiral. Upon retirement from the Navy, Denton was elected to the U.S. Senate, the first Republican ever elected by the popular vote to represent Alabama. Denton has spoken widely on the need to restore America’s founding principles by adopting laws and policies that reflect obedience to the will of God.