The Thomas More Law Center (TMLC), a national public interest law firm based in Ann Arbor, Michigan, took a significant step last Friday (February 22) toward remedying the ongoing constitutional violations relating to John Kevin Wood’s right to object to the promotion of Islam in his daughter’s school.  The assignments at La Plata High School in La Plata, Maryland, are so extreme that they force his daughter to violate her Christian faith for a grade. 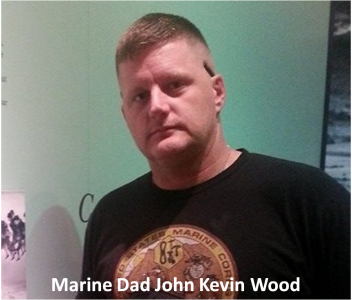 When Mr. Wood objected to these assignments, requesting that his daughter receive an alternative assignment, the principal banned him from school grounds by issuing a no-trespass order against him.  TMLC filed a motion for a preliminary injunction in the federal District Court for the District of Maryland, requesting District Court Judge George J. Hazel to enjoin the no-trespass order.

The crux of the motion for a preliminary injunction is that the school district deprived Mr. Wood of meaningful involvement in the direction of his daughter’s education as the no-trespass order prevented him from speaking at parent meetings and various other events, thereby violating his First Amendment rights.  The school district further deprived Mr. Wood of his constitutional rights by giving a principal unfettered discretion to ban him—the father of a student—from school grounds without any hearing or opportunity to defend himself because he brought to light the school’s unconstitutional practices.  As a result of the order, John Kevin Wood has not entered onto school property for over a year.  However, Spring 2016 is his daughter’s last semester in school, and he wants to attend the school events celebrating her graduation.

Kate Oliveri, TMLC attorney handling the case, commented: “Mr. Wood spent eight years as a Marine fighting to protect the Constitution and the freedoms it guarantees to all citizens. Now, the school district is forcing him to fight once again for those freedoms as a father.”

Read TMLC’s 31-page Memorandum in Support of the Motion for Preliminary Injunction here.
Mr. Wood’s battle with La Plata High School began on October 22, 2014, when he discovered that his daughter, then in the 11th grade, had to learn:

During Mr. Wood’s eight year service in the Marine Corps, he was deployed in Operation Desert Shield/Desert Storm.  A few years after his Honorable Discharge, Mr. Wood responded as a firefighter to the 9-11 Islamic terrorist attack on the Pentagon.  Mr. Wood witnessed firsthand the destruction created in the name of Allah and, therefore, objects to the school district forcing his daughter to profess her allegiance to Allah.

In a phone call on the morning of  October 24, 2014, John Kevin Wood advised the vice principal that the Constitution forbids the school from instructing his daughter in Islam or forcing her to disparage and denigrate her Christian faith; he reiterated his previous day’s request that she be given an alternative assignment, which was again refused.  He then threatened to contact the media and lawyers if the school insisted on violating the constitution.  However, the school was adamant and, as a result, his daughter suffered failing grades for not completing the pro-Islam assignments.  Later that day, John Kevin Wood was notified by a police officer of the no-trespass order. See the no-trespass order here.

On January 27, 2016, TMLC filed a federal lawsuit on behalf of Mr. Wood and his wife against Charles County Public Schools, the Board of Education, and the Principal and Vice-Principal of La Plata High School over the school’s promotion of Islam and refusal to allow their daughter to receive an alternative assignment.  This case is in its early stages.

No date has been set for oral arguments on the preliminary injunction motion.