Continuing its legal battle to stop the federal government from usurping control over the nation’s elementary and secondary public schools, the Thomas More Law Center (TMLC), a national public interest law firm based in Ann Arbor, MI filed a third lawsuit challenging the constitutionality of a state’s implementation of Common Core and its participation in the Smarter Balanced Assessment Consortium (“SBAC”). 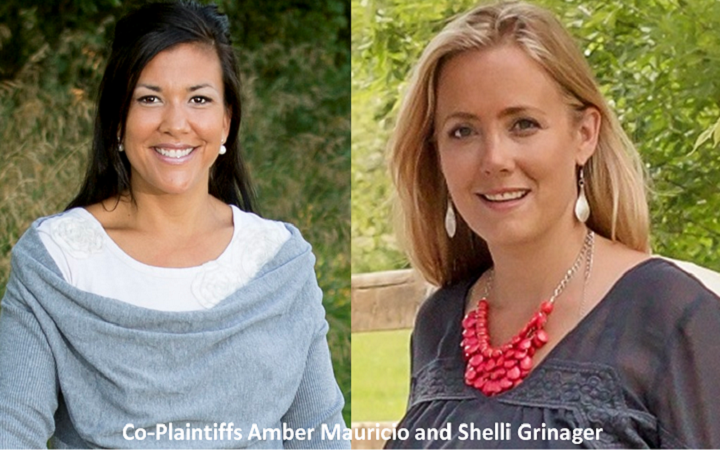 These Plaintiffs seek to stop South Dakota from paying yearly SBAC membership fees totaling over $600,000 by state taxpayers on the grounds that SBAC is an unconstitutional compact. Its creation was never approved by Congress, as required by the Compact Clause, which states that “[n]o state shall, without the consent of Congress . . . enter into any agreement or compact with another state.” The lawsuit claims other violations of federal and South Dakota laws dealing with public education.

Shelli  Grinager, a West River plaintiff, and Amber Mauricio, an East River plaintiff, have both seen their school aged children break down in tears due to the amount of pressure that teachers and schools were subjecting them to in the name of passing the SBAC tests.

Grinager, a former school board member, PTA president and advocate for students and families, has fought against Common Core since the beginning, speaking out against the roll out of the high pressure SBAC tests. Last year, Grinager was forced to start homeschooling her children, after two of her children were denied more challenging math because they had to stick to the rigid Common Core curriculum. She said, “The public school environment has become more about testing our children than teaching them.”

Amber Mauricio’s fight against Common Core began when she attempted to “opt out” her children from the SBAC testing. The school ignored her opt out request and tested her children anyway.  Mauricio was alarmed by the nature of some Common Core aligned questions asked of her children which sought to examine how they would behave in certain situations and what their home life is like.

The lawsuit was filed in the Hughes County Circuit Court.

The North Dakota and West Virginia lawsuits follow the success of an earlier lawsuit filed by Mr. Sauer that stopped Missouri’s implementation of Common Core. That case is currently on appeal.  The Thomas More Law Center filed a friend of the court brief in support of upholding the Missouri district court decision.

Richard Thompson, President and Chief Counsel of the Thomas More Law Center, commented on behalf of the Law Center, “Employing an insidious bureaucratic system, the Federal Government directs what and how American students learn, and effectively eliminates the fundamental rights of parents to control the education of their children.”

In school districts across the country, administrators subject children, who obey their parents’ wishes and decline to participate in Common Core standardized testing, to unbelievable punishments.  Students have been suspended, refused entrance into their classrooms, refused bathroom privileges, stripped of their academic and extracurricular honors and awards, removed from athletic participation, and punished with “sit-and-stare” policies. “Sit-and-stare” is a practice that forces students to sit at their assigned desk with no materials, books, or paper in silence for multiple hours during testing.

Forty-three states initially joined either SBAC or the Partnership for Assessment of Readiness for College and Careers (“PARCC”), a cornerstone for Common Core implementation under direction of the federal government. However, due to growing opposition from parents and teachers, several states have since canceled their membership and endured punishments for doing so.

As a part of its efforts to help parents combat Common Core, the Thomas More Law Center developed a Test Refusal and Student Privacy Protection Form and a Common Core Resource Page as a general reference and guide.