Brandeis University has become the latest entity to capitulate to the Council on American-Islamic Relations’ (CAIR) campaign to silence critics of Islam.

In an open letter to Brandeis University, CAIR, using their typical ploy to silence critics, personally attacked Ayaan Hirsi Ali, who was to receive an honorary degree from Brandeis for her “work to protect and defend the rights of women and girls.”  In their letter, CAIR refers to Hirsi Ali as a “notorious Islamophobe” and compares honoring her with “promoting the work of a white supremacist.” 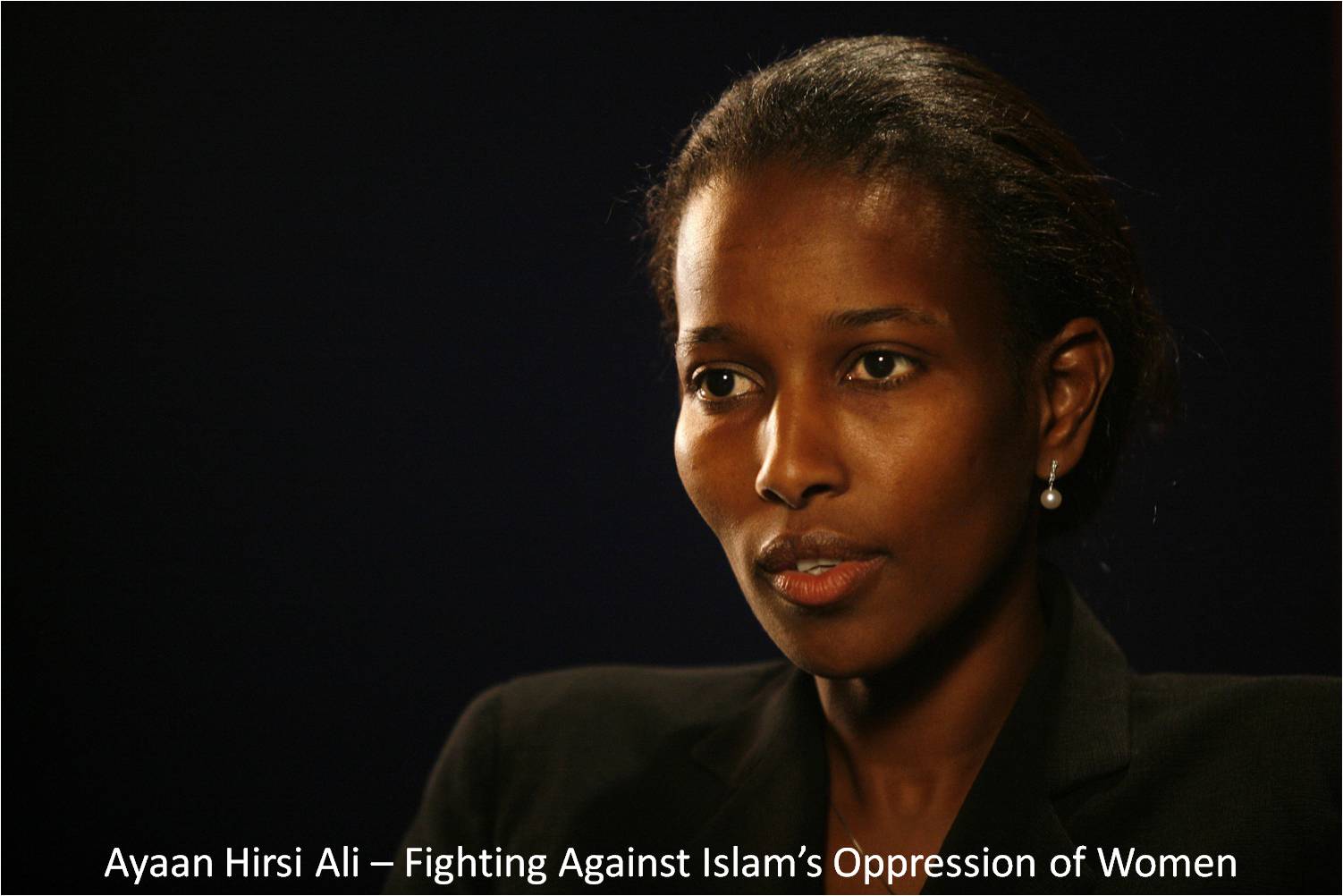 Somali-born Hirsi Ali was raised in a strict Muslim family and after surviving a civil war, genital mutilation, and beatings, fled to the Netherlands in 1992 to escape a forced marriage. As a member of the Dutch Parliament from 2003-2006, she fought to raise awareness to the plight of Muslim women especially within Muslim immigrant populations. Hirsi Ali’s criticism of Islam and efforts to raise awareness to Islam sanctioned violence has resulted in death threats both abroad and in the United States.

For over a decade, Hirsi Ali has spoken out against such practices as female genital mutilation, “honor killings,” and applications of Sharia Law that justify beatings and rape. Her outspoken criticism of Islam was dubbed by CAIR as “anti-Muslim hate” and led Brandeis University President, Frederick Lawrence, to comment in an online statement that her criticisms were “inconsistent with Brandeis University’s core values.”

Richard Thompson, President and Chief Counsel of the Thomas More Law Center (TMLC) commented, “First, the University of Michigan capitulated to CAIR, and now it’s Brandeis.  Sadly, too many groups lack the moral courage to say “No” to CAIR.  And as long as CAIR’s bullying tactics work on some weak-kneed Americans, they will continue their efforts to silence the truth about Islam.”

Earlier in April, CAIR sent a similar letter laced with accusations of Islamophobia to the Greater Oakland County Republican Club in an effort to silence a speech by Thompson regarding the internal threat posed to America by Radical Islam. The Club, however, refused to cave-in to the ploy and the speech went on as planned.

CAIR’s targeting of Thompson stems from the fact that as a public interest law firm, TMLC, has led the fight against the internal threat posed by Radical Islam and Stealth Jihad in America.

In addition to their campaign to stifle free speech, CAIR was also an unindicted co-conspirator in the Holy Land Foundation trial where the supposed charity and five of its organizers were found guilty by a federal jury of illegally funneling more than $12 million to the Palestinian terrorist group Hamas.  The FBI’s former chief of counterterrorism was quoted as saying, “CAIR, its leaders and its activities effectively give aid to international terrorist groups.”

In support of Hirsi Ali Thompson said, “Brandeis may have caved-in to CAIR, but they will never be able to silence Ayaan’s message.”

Hirsi Ali released a statement regarding the decision to withdraw the honor saying, “What was initially intended as an honor has now devolved into a moment of shaming. Yet the slur on my reputation is not the worst aspect of this episode. More deplorable is that an institution set up on the basis of religious freedom should today so deeply betray its own founding principles. The ‘spirit of free expression’ referred to in the Brandeis statement has been stifled here, as my critics have achieved their objective of preventing me from addressing the graduating Class of 2014. Neither Brandeis nor my critics knew or even inquired as to what I might say. They simply wanted me to be silenced. I regret that very much.”