The Thomas More Law Center (TMLC) today announced its representation of John Kevin Wood, and his wife Melissa, in their battle with La Plata High School in Maryland over the Islamic indoctrination of their 11th grade daughter in her World History class.  Their daughter was required to complete assignments where she had to affirm that “There is no god but Allah” and the other Five Pillars of Islam. 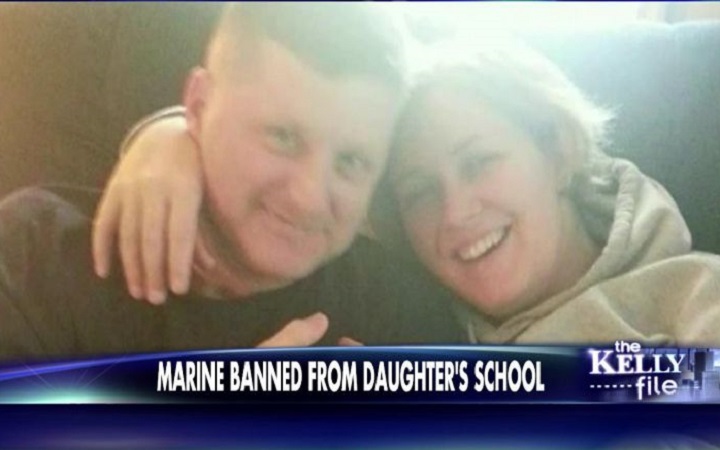 The case gained national attention when the school banned John Wood from entering school property after he objected to the religion of Islam being taught in his daughter’s history class and demanded that she be given an alternative assignment.  The school refused.  Wood, a former Marine who served in Operation Desert Shield/Desert Storm and lost friends in that action, saw firsthand the destruction caused in the name of Allah and that Islam is not “a religion of peace;” and he would not budge from his position.

On October 22, 2014, John Wood discovered that his daughter was being forced to repeat religious tenets of Islam as a part of her World History class assignment.  She was required to write how the prophet Muhammad was visited by the Angel Gabriel and preached that there is only one true god, who is Allah.  The assignment made her write that Mohammad is the messenger of Allah and that the Qur’an is holy text.  The assignment required her to affirm that “Allah is the same god that is worshipped in Christianity and Judaism” and that the “Qur’an is the word of Allah revealed to Mohammad in the same way that Jews and Christians believe the Torah and the Gospels were revealed to Moses and the New Testament writers.”  The assignment also forced young women such as the Woods’ daughter, to fill in the following sentences: “Men are the managers of the affairs of women” and “Righteous women are therefore obedient.”

When John Wood discovered the Islamic propaganda and indoctrination, he was rightfully outraged, and that evening unsuccessfully tried to contact the school by phone to voice his objections. Wood witnessed firsthand the destruction caused in the name of Allah and knows Islam is not “a religion of peace.”  He served in Operation Desert Shield/Desert Storm, and lost friends in that action.  On 9-11, Wood responded as a firefighter to the smoldering Pentagon.  He refused to allow La Plata High School to subject his daughter to Islamic indoctrination despite the threatened academic consequences.

Commenting on the case, Richard Thompson, TMLC’s President and Chief Counsel stated: “Adding insult to injury, in an arrogant and unnecessary display of power, La Plata’s principal issued a written “No Trespass” notice, which denied this former Marine who stood in harm’s way defending our country including the principal and her staff, any access to school grounds.  The school’s actions not only dishonored John Wood’s service, but the service of all men and women in our Armed Forces who defended our nation from Islamic violence.  True to his Marine training, John Wood stood his ground. He did not retreat. Yes, his daughter has received a failing grade in her World History Class.  But the story is not yet over.”